How To View Ring Doorbell When It's Rung?

Show Off Your SharpTools Dashboards!

When the door bell is rungs it brings up a dashboard screen with the front door camera. Using sharptools rules to sent the URL to fully kiosk. (fully kiosk smarthings device handler https://community.smartthings.com/t/release-fully-kiosk-browser-controller-dth/158504

@josh is this possible with Ring Doorbells?

Note: If I remember correctly, some people mentioned that the Ring app previously would launch the video stream right away when you opened the app (if a doorbell event was active), but Ring changed that in recent versions and it just loads the landing screen.

Others have mentioned that if you automate the clicking of the notification that is received, it will open directly to the video feed.

If you get it working let us know what approach you took!

On a related note - since people may find this post while searching or may just want to manually be able to open the Ring app, the following post includes details on the “URL Intent” for the Ring App and the new Rapid Ring app: Ring Doorbell on dashboard

Note that the way things are working in @Kent’s setup is he has a Sage Doorbell sensor to detect whenever the doorbell is rung. 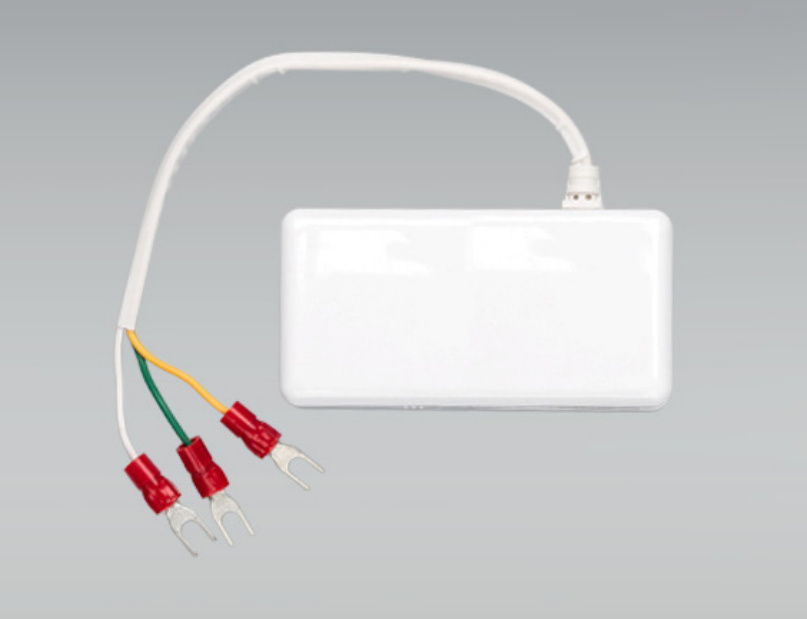 From what I understand, these sensors are discontinued, but there’s a ton of them that hit ebay recently for dirt cheap. As Kent noted, the Nexia DB100Z seems to be a reasonable alternative as well.

In Kent’s case, his porch camera has a stream that’s compatible with being displayed in a SharpTools dashboard directly, so he’s setup a rule that whenever the doorbell is rung, it uses the Fully Kiosk Browser Controller integration to change to a dashboard which is showing his camera full screen.

Thanks for the detailed response. I have a Fire 8 tablet, so I’ll look into it.

How does one use the fully kiosk browser controller? I have the Sage doorbell sensor and installed it, works fine with Smarthings.

But not sure how to trigger it so that when the sensor goes off, to open up one of my media tiles that I have setup to stream my camera?

You would install the Fully Kiosk Browser Controller DTH and then setup a rule to use the loadUrl() command to load your desired URL when the doorbell sensor is activated.

The Fully Kiosk Browser Controller device can open URLs, so you would want to have a dedicated dashboard with your stream as a large tile on it or even just open the stream URL directly.

As far as I’m aware, the Fully Kiosk DTH can’t ‘click’ a tile, so it can’t open an existing tile full screen… but you can use the trick of opening a different URL which has the media displayed in a large format.

Cool, and the “loadURL()” rule is inputted where/how?

You could do it in the SharpTools.io Rule Engine or in the rule editor of your choice.

Sorry, still learning at this. Tried that, but keep getting stumped. So I do the following:

@S_D, try using “Button” and “pushed” as the trigger. See below for example where my trigger is a Ring, but it should be similar. 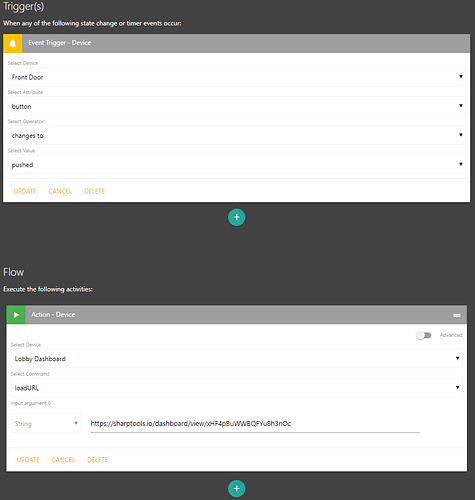 A couple of tips when troubleshooting rules.

Thanks, that was helpful. So I’m getting an email, but nothing is happening in Fully? Same thing when I press the Sage tile, nothing comes up.

Maybe a setting needs to be changed in Fully itself?

That’s a good progress knowing you received the email notification.

Gavin Campbell developed this driver for Hubitat when he found out that Fully Kiosk Browser had a REST API. This way you can use your tablet as a chime or using TTS in your apps. (without needing to install any additional phone apps such as...

Once done, you can open your SmartThings classic app and tap Screen On and Screen Off in the Fully device and it should be able to control your Fully Browser on your tablet and turn the tablet screen on/off. 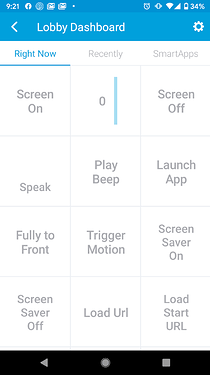 So it works now, however when the URL is brought up, the screen size is enormous, larger than the 8" screen so I only see a small portion of the image. Is there a way to reduce the size of the image that comes up via the URL?

Also, the URL just stays up forever, and to remove it you have to left swipe and select “Goto Start URL”, doesn’t appear to be an “x” on the image to go back to the start URL without having to swipe first.

Thinking about it some more, is this doable instead?

I can then use Automateit to flip back to Fully say after a set time.

The above may be useful since tinycam monitor free offers the ability to use the mic an speaker from the camera.

I believe you should be able to accomplish that with the Fully Kiosk Controller launchAppPackage() command, similar to what was done in this thread:

Switch to Sonos app when music is playing

In your case, you would want to use the launchAppPackage command which can be used to launch other apps on the tablet then you would use the bringFullyToFront command to bring Fully (and your dashboard) back to the front.

It sounds like you already have the rough concepts working in WebCoRE, but the concept would be:

I believe the app package for TinyCam Pro is: com.alexvas.dvr.pro

And the app package for TinyCam Free would be: com.alexvas.dvr

Thanks! So I’m changing the Sage rule to LaunchAppPackage instead of launchURL, but there is no ability to insert the app package name anywhere?

Try opening up the Fully Kiosk Browser Controller device that was created in SmartThings, edit the device preferences, and set the ‘Application to Launch’ to com.alexvas.dvr

Then you should be able to use the launchAppPackage() command without specifying an app name as a parameter.

Perfect, that works! Curious, there is no way to set a String in the rule engine to do this? Would be awesome if there was, so that one could use it with various apps.

Curious, there is no way to set a String in the rule engine to do this? Would be awesome if there was, so that one could use it with various apps.

It looks like the Device Handler doesn’t define that it accepts a parameter in its metadata even though the command actually does.

The device handler could be updated so that it indicates that it accepts a parameter. To do this on your own, you could edit line 52 and add a single ‘String’ parameter.

After making the change and then saving/publishing it, you would need to reauthorize the device in SharpTools to pull in the latest changes.

We’ve also noted a potential enhancement - updating the SharpTools Rule Engine to let the ‘Advanced’ toggle forcefully add parameters to devices even if the device doesn’t report that it accepts parameters.

@James 2 questions on this:

1 - How do buttons work in Sharptools? My Ring Doorbell doesn’t have the “button” attribute it has a “pushed” attribute that tells which button number was pushed. This is in Hubitat with the unofficial Ring support. I created a virtual button in Hubitat and it has the same, although you can specify in the settings how many buttons there are so I suppose I could have a rule “push” button 1 and then “push” button 2 so I could see it change in Sharptools, but is there a way to use Hubitat buttons in rules?

2 - On the dashboard you take FKB to on the push, do you have it loading the Ring video doorbell video / image? If so, where do you get the URL for that?

1 - How do buttons work in Sharptools? My Ring Doorbell doesn’t have the “button” attribute it has a “pushed” attribute that tells which button number was pushed.

You can push your Ring’s physical button and check Hubitat device’ event history to see what value it reported in the pushed attribute, and use pushed as the attribute in the rule trigger with the value you found to trigger the rule when some pushes the Ring’s button.

2 - On the dashboard you take FKB to on the push, do you have it loading the Ring video doorbell video / image?

Unfortunately, Ring doesn’t support RTSP and there is no official way to pull the live stream, so you won’t be able to display the video/image on the dashboard. But the you can have the Fully browser to open the Ring app automatically when someone pushes the button by using the following intent URL. The down side is Ring app doesn’t support redirecting to the specific camera’s view page with the intent URL, so you will have to tap the specific camera to view the video.

I have other RTSP enabled cameras feeding the live streams to the dashboards via Blue Iris, so my rule was asking FKB to navigate to my “security” dashboard when someone pushes the Ring button.