We’re excited to announce the next SharpTools.io release which includes a new premium Album Art tile and advanced background settings!

When selecting a dashboard background image, you can now toggle an ‘Advanced’ switch which provides options for:

A brand new premium Album Art Tile to display beautiful artwork for your Sonos / Music Player devices. For music players that report local artwork, like the ‘new’ Sonos integration with SmartThings, the provided artwork will be used. Otherwise the tile will automatically search several online music resources to pull in gorgeous album art.

The tile also has some neat features like providing quick actions with a single tap (toggle play/pause) and skipping tracks with a double tap. This is a Premium tier feature.

Other Bug Fixes and Enhancements

Update: The most recent version of Echo Speaks (v3.5.0.0 as of this edit) supports Audio Track Data and the SharpTools.io Album Art feature - so make sure you’re updated to the latest versions and enjoy!

any indication from Tony when he will push the update to the Echo Speaks DTH?

The change is already in the current master branch (device driver) and Anthony will bump the version number along with some other changes he is working on by this Sun.

ok. I see the url in the IDE for my echo speaks device, but its not displaying on my dashboard.i’ll check it out when i get home to see if it’s work blocking something.

You’ll want to make sure you pull in the latest changes from his master branch. As James mentioned, the version code for Echo Speaks wasn’t bumped yet (so it won’t auto update in the Community Installer), but we added support for the "Audio Track Data" capability and the audioTrackData property and the code is available in his GitHub repo now.

yeah, its there. But I still don’t see my gal t-swift’s album art.

edit: it works on mobile, so must be something weird with my work blocking it. cool!

Any tips if the album art isn’t refreshing? It’s displaying, but seems to be showing art I’ve never played and not refreshing with the device’s audioTrackData state

Thanks, Jimmy. I sent you a PM.

When I took a second closer look at your screenshot, I realized the Album name is being reported as ‘Apple Music’ which doesn’t seem right. My guess is that’s contributing to the issue, but I’d like to gather some more details via PM if you don’t mind.

Just wanted to update the thread that we’ve pushed an update to production that should improve Album Art Tile compatibility with the Echo Speaks device.

Thanks again for reaching out, @Automated_House!

Edit: And James submitted a PR for Echo Speaks with some enhancements around the reported track data, so be sure to manually update your device handlers / drivers as well. 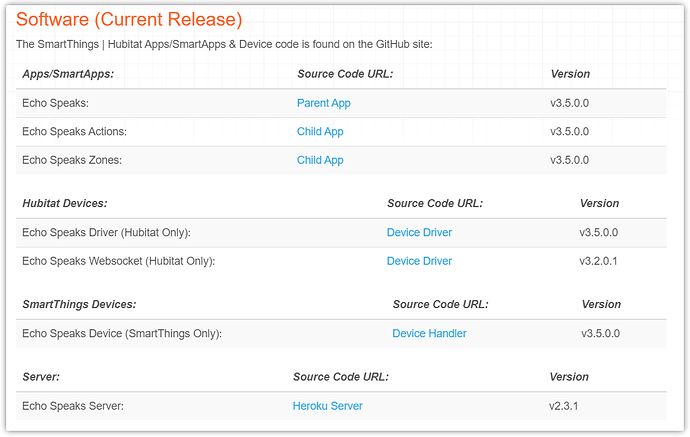 Playing with the album art layout. It will only work when music is playing. As soon as it stops, the tile disappears. Also, can’t add new sonos tiles unless you get something playing first. Any fix?

The whole tile or just the album art? Mine shows a headphones icon when music is stopped.

Thanks for the report @Andrew_Berg.

The issue appears to be limited Hubitat Sonos devices. I was able to reproduce and resolve in our development environment and will work on getting a hotfix out.

Hotfix has been deployed for Hubitat Sonos devices and the new Album Art Tile.

Am I blind or where is the option to add media tile? I am using Echo Speak if that changes anything.

To use the Album Art Tile with Echo Speaks, you’ll first add the Echo Speaks device to your dashboard and then use the Change Layout option in the tile’s ... menu.

Note: It looks like the ‘Audio Track Data’ capability needed for Album Art was commented out in the Echo Speaks 3.2 release. Make sure to uncomment the line capability "Audio Track Data" in your Echo Speaks DTH, publish it, then reauthorize it in SharpTools to ensure the album art feature works.

Update: The latest Echo Speaks releases include support for Audio Track Data and the SharpTools Album Art Feature (version 3.5.0.0 as of this edit).

Oh I thought I already added the speakers, but will double check now when I get home. Thanks!