We’re excited to introduce Custom Speeds to the Fan Tile in the latest SharpTools.io release! 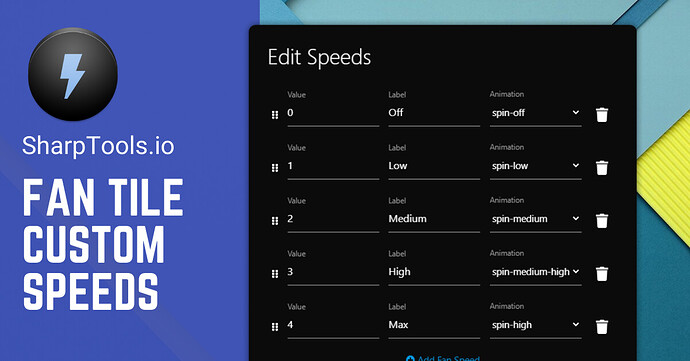 This provides the ability to customize the speeds that are used in the Fan Tile. For example, SmartThings has introduced some 4 speed devices which support a ‘Max’ speed. And in the Hubitat ecosystem, we’ve seen a mix of devices which have started to support extra speeds like ‘medium-high’ and ‘auto’. 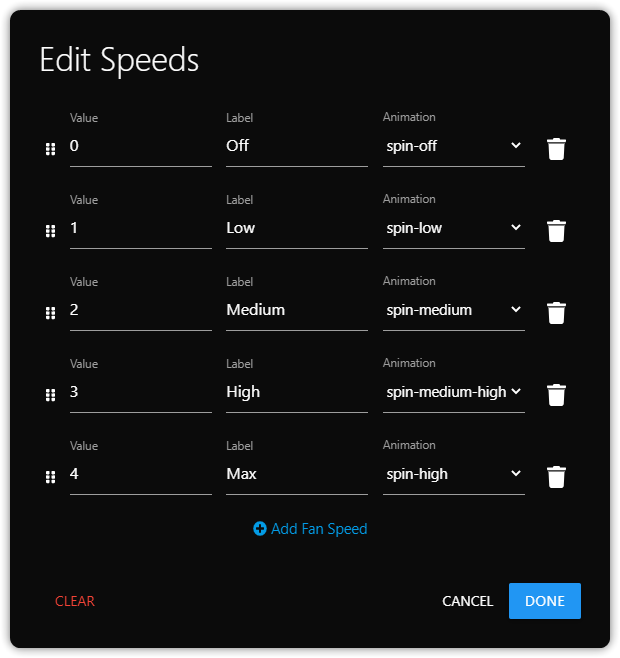 Since there isn’t always a clear way to know which speeds you should cycle through (or be presented with in a modal), we’ve made this fully customizable. This also means that if you’ve implemented a custom driver / DTH with your own unique speeds, you can also use this feature to support those.

If you’re just wanting to tweak things slightly, try out the Use Template feature which will load up your custom speeds with a nice baseline that you can start your customization from. You can also add new speeds and drag them to their desired position. 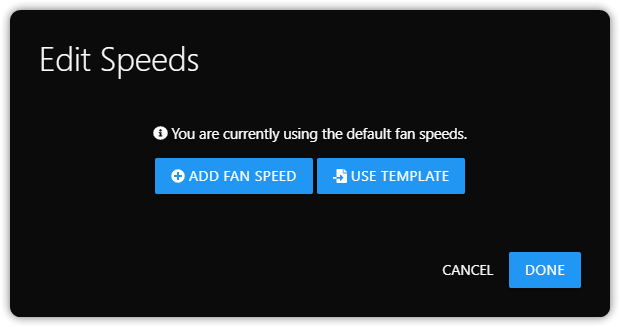 5 posts were split to a new topic: Modern Forms Fan with SmartThings