Is it possible to design your dashboard to a specific resolution? For example, i’m designing a dashboard for an iPad Air, but am using my laptop to work on it. so i’m constantly having to move tiles around since they wrap differently on my laptop than the iPad.

@prjct92eh2 Have you tried to open the browser’s developer tools(press F12) and change it to device mode to simulate the phone/tablet device view? May be worth a try. 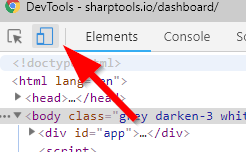 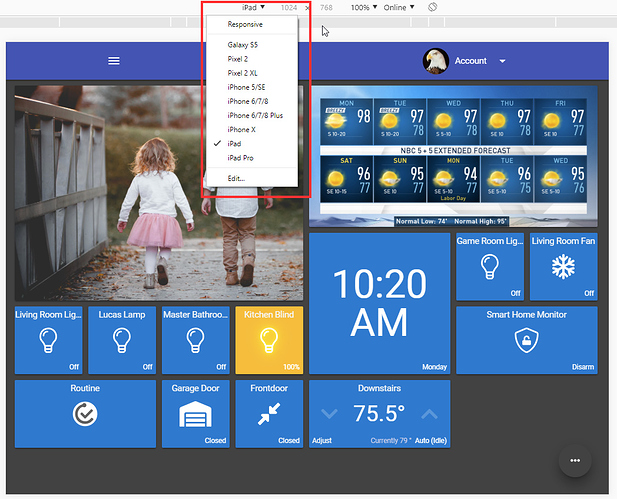 I often use the approach James mentioned… and sometimes I work directly on the tablet for final positioning once I see what it actually looks like on the wall / tablet.

Hey guys, would it be possible anyway to set a x_ grid size setting, and then have the tiles resize to fill the window space regardless? I like to access the dashboard on both my tablet as well as my computer browser, but the tile alignment will inevitably be off on the browser.

We’ve released the Scalable Dashboards feature which accomodates this request.

The current recommendation would be to either design additional dashboards for the different target devices or to adjust the size or zoom of the browser window on the computer browser to your desired target size. For example, I have some dashboards which work well across phone, tablet, and PC… and others that are targeted specifically for my phone or specifically for the wall tablet.

We have it on the hit-list to revisit additional layout approaches at some point in the future - at this point we’re focused on building out features using the current fluid grid layout. Thanks for the suggestion!

Any chance to you will develop this issue ? I want my dashboard to be shown the same in any platform . Tablet HD8 , android TV’s , PC , Mobile phones… I don’t want to create a separate dashboard for each one of those. Can you please give a though on that? Would be great to have single dashboard that will look the same everywhere…

We’ve released the Scalable Dashboards feature which accomodates this request.

Can you please give a though on that?

At the moment, the recommendation is still to design a dashboard for each unique device…or for devices that have a similar aspect ratio or size, you can sometimes adjust the base tile size or use the scaling feature of your browser to use the same dashboard across multiple devices:

How To: Designing Dashboards for a Tablet from a Laptop / PC

As noted in this post , if the devices are really close in size sometimes you can adjust the tile size to a custom size that makes the tiles scale just right to layout the same on both devices.

The last approach that some people use is to use the scaling feature native to your browser. For example, in Fully Kiosk Browser (which is commonly used on Fire Tablets), you can use the ‘Initial Scale’ setting to scale things up and down to reuse a dashboard with the same ratio - there are trade-offs with this approach though.

I want my dashboard to be shown the same in any platform . Tablet HD8 , android TV’s , PC , Mobile phones… I don’t want to create a separate dashboard for each one of those. Would be great to have single dashboard that will look the same everywhere…

That being said, there’s tradeoffs with each approach. For devices that have a similar size and aspect ratio (like an 8" tablet and 10" tablet), the idea of scaling the same dashboard between them works well… but with the difference between something like a TV and mobile phone –where the size, aspect ratio, and interaction method are different– simply scaling things up or down won’t always result in the best experience. So depending on the end-goal, designing dashboards for each unique device is likely still going to be a recommendation.

Also note that clever dashboard design can sometimes be used to take advantage of the reflowing nature of dashboards. For example, the dashboard I use day-to-day on my mobile phone reflowed just fine on the new Galaxy Fold (a demo unit from a conference): 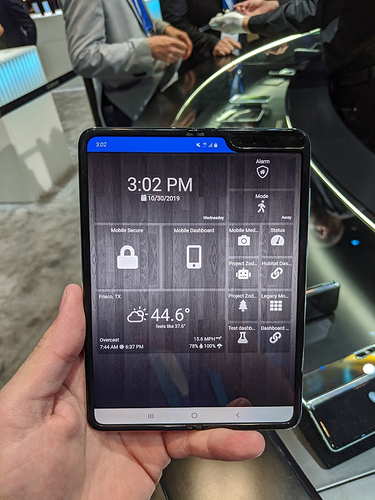 Hey guys, where did you get this cool background?

If you’re refererring to the gray wood background on the phone images immediately above, I believe I had just searched for ‘dark grey wood’ on Google Image search and looked for a suitable image.