Hey @josh,
do you guys publish what features you are looking to add in the next update?

Would be awesome to see what you guys are working on in the background with an estimated timeline.

Thanks for the comment! We don’t formally publish our work log, but we generally try to be open about what we’re working on as you’ve probably seen in other threads.

This sprint, we are currently working on a number of architectural and behind-the-scenes changes as well as new marketing pages (considering we don’t really have any). Additional device icons and a new rule tile are also in this sprint, but they may not make it into the release.

We haven’t prioritized the next sprint(s), but taking a quick look at the feature requests, there’s a few items that are currently toward the top of the list: PIN protection, formatting of the Add Items list (sorting and checkmarks showing you’ve added something), updates around fullscreen (Fully Kiosk and iPad).

And one that we’ve gotten pretty excited about internally but haven’t really talked about yet is a concept of global variables. In addition to being able to run a rule from your dashboard, we’ve been thinking about how the Rule Engine and dashboard could better interact… it would be super cool if your rules could automatically change things in your dashboard and we think global variables are a good way to do that.

What if you could have a rule calculate and set a variable which could be displayed in a tile? You could use that to display almost anything in a Hero Attribute tile. For example, maybe you want to aggregate the number of times the dog has been feed (as indicated by the number of times his food box was opened), or maybe you want to calculate the average temperature across multiple temperature sensors, or perhaps you want to display the number of unsecured devices in your home… the vision is that all of these things could be calculated via the Rule Engine and stored in a global variable which gets displayed in a tile.

Similarly, we’d like to think through how variables could be used in other tiles - for example, what if a rule could change which media was being displayed in a media tile? Maybe a tile could should a multiview display by default and if motion was detected on a specific camera, a rule could change the media variable to display that specific camera. Lots of different ideas here, so this one will probably need a bit bigger cycle, but I’m excited about the potential!

loving the work you guys are doing more and more!

Global variables will DEFINITELY be a huge add on and I cant wait to see how you guys integrate it!

When’s the next update?

I just pushed out a minor update tonight.

We’ve been on a 1-2 week release cycle lately.

In the meantime, here are some fresh changes for you:

We pushed out an update tonight based on the feedback received so far - thanks for sharing your suggestions! You can now change your device selections from the SharpTools App in the Hubitat administration UI and it will sync the changes over to SharpTools automatically Note that you can still use Manage Connections on SharpTools.io if you prefer that as it’s the same list of device selections

So guys I have no idea how to do this, but any ideas?

Would be huge if you beat AT to the punch line on this. Let me know if you can’t access the forum without an account and I’ll screen shot it for ya

If I remember correctly, there is already a community device handler for Plex which conforms to the Music Player / Media Controller capabilities… which means it would show up like the tiles do for the Sonos with play/pause, next/previous, media title, etc.

For example, I wrote a Kodi device integration for SmartThings at one point and it can be controlled via the dashboard. 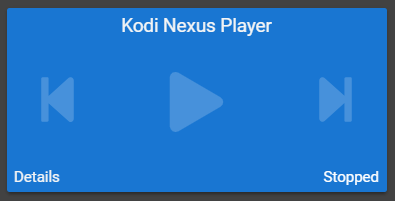 Our vision is to expand to more IoT platforms. We recently added Hubitat and we would like to add more platforms (eg. Wink, Philips Hue). I wouldn’t rule out Plex being added at some point, but it’s more likely to be a community developed integration once we roll out support for community developed tiles.

Haha i feel so stupid that Ive integrated RPI, my alarm and a whole bunch of other things and Im missing something as simple as a media tile like this?? Can you point me to a post or something on these?

You are not the only one. It’s not obvious to me either.

How exactly do you add a tile like that?

You are not the only one. It’s not obvious to me either

Thanks for the feedback, guys.

What kind of devices are you trying to use? The device has to implement the ‘Music Player’ capability.

If there are other device capabilities which might benefit from the same tile layout, I’m happy to look into it if you can share the specific devices (and a link to the code if it’s a community device handler).

I don’t have Sonos or maybe anything that can use the tile but very curious in the functionality so I was looking for in the UI after it was announced as I wanted to understand how it worked and if it was something I could possible utilize. I have Plex, Goolgle Home and Alexa in my setup but after spending a few minutes poking around it was not clear how I would even add the tile but I guess if you a supported device the functionality just shows in the tile?

but I guess if you a supported device the functionality just shows in the tile?

That’s right! Just like thermostats automatically use the Thermostat tile by default, media players (which implement the Music Player capability) show up with the media playback tile by default.

Do you have this setup as a device in your hub? You could try adding it it a dashboard - if its implemented with Music Player capabilities, then it should show up with the tile layout pictured above. If not, send me a link to the community code and I’ll take a look.

No, Plex isn’t linked to any of my hubs,

Do you have a SmartThings hub or Hubitat hub?

It looks like there’s a Plex implementation for SmartThings which implements the Music Player capability:

Hey all, This is a SmartApp which allows you to view the state of, and if your client supports HTTP control, control playback / volume of your devices. Some Plex clients do not allow control over HTTP (such as Xbox One / PS). You need to go into the...

I actually have both. Thanks for the info as I didn’t know about this integration but will look into it.

So I installed the dth for it, and while it works ok, it doesn’t really help with navigation or starting last view or newly added.

Really hoping we get some full integration…

We haven’t prioritized the next sprint(s), but taking a quick look at the feature requests, there’s a few items that are currently toward the top of the list: PIN protection, formatting of the Add Items list (sorting and checkmarks showing you’ve added something), updates around fullscreen (Fully Kiosk and iPad).

Just circling back on this thread with an update that all of the features mentioned in the quote(s) above were included in today’s release: