I’m working on updating the Hero Attribute tile to support any subscribed attribute with Hubitat. The subscriptions are setup based on capabilities so your custom attribute may not be subscribed.

You can check this by tapping the (i) icon next to the app name in your Apps list and check to see if your attribute is in the event subscriptions.

What is your custom attribute named?

Its called “occupancyIcon”. I tried the dashboard of hubitat but it freezes with this custom attribute so wanted to try sharptools. I also wondered if there were any plans for a IOS app.

I also wondered if there were any plans for a IOS app.

We are currently focused on building out an awesome feature set for the SharpTools.io web dashboards and Rule Engine. We may add a dedicated iOS app in the future, but in the meantime you can add SharpTools.io to your homescreen as it has some nice progressive web app features that work well when added to the homescreen of an iOS or Android device.

On iOS, open SharpTools.io in Safari and then tap the share icon and then tap Add to Home Screen. You’ll get a nice SharpTools icon and the web app will open fullscreen. Be sure to link a Email/Password or SMS account from your User Account page and you can login with that when the app is added to your homescreen (as Google login is blocked).

Well i just tested it and its working great without a app, so hats off. Looks great! Any idea about the custom attribute? That would be the finishing touch haha

Does your occupancyIcon attribute show up in the list of subscriptions when you tap the (i) icon next to the SharpTools app name in the Hubitat administration interface? 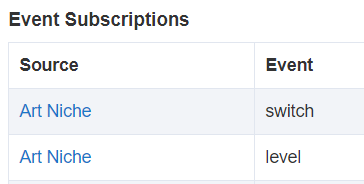 You can check this by tapping the (i) icon next to the app name in your Apps list and check to see if your attribute is in the event subscriptions.

Doesn’t seem like it subscribed to that attribute. I do know events are send with this attribute though

Since it’s a custom driver, a workaround would be to map the attribute to a known defined capability attribute as the attributes are subscribed based on the capabilities they implement.

Yea thats what we did for alexa aswell, so i guess ill use it like we do for alexa. Thanks anyway

There’s an API or two missing that I would need on Hubitat in order to implement on-demand/dynamic subscriptions. I’ll work with the Hubitat team to see what it would take to get those APIs implemented on the HE platform.

Mapping it to an existing known defined attribute should get you by for the time being though.

“Mapping it to an existing known defined attribute should get you by for the time being though.”

How Can I do this in HE? I think I am in the same boat. Trying to visualize the Rooms Manager Occupancy state. Thanks!

What is the attribute from Rooms Manager Occupancy named which you are trying to display?

Once I authorized Hubitat Hub how do I add items that are new in my hub to the dashboard? Do I have to start over and authorized everything again?

If you’ve added Things to your hub, you’ll need to authorize SharpTools to have access to those new Things. You can either update the list of authorizations from the Hubitat Admin UI or run through the authorization from the SharpTools.io side of things (it will remember the devices you’ve already authorized/checked):

Important: Be sure to select the additional devices you want when you are shown the list of devices during the Hubitat authorization flow.

Also note that after successfully completing the authorization, it may take a few minutes for the device synchronization process to complete.

2 posts were split to a new topic: Sleep IQ Presence

A screen shot of the app and event subscriptions attached.

You can also see how I did this on the Hubitat dashboard and what I’m trying to replicate in sharp tools.

Any thoughts would be appreciated. 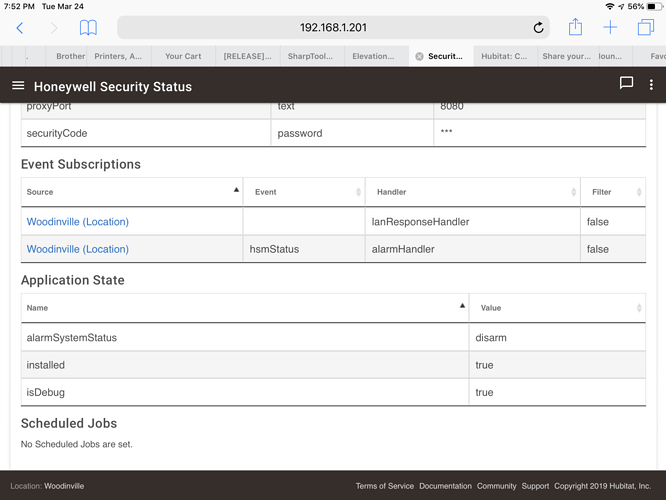 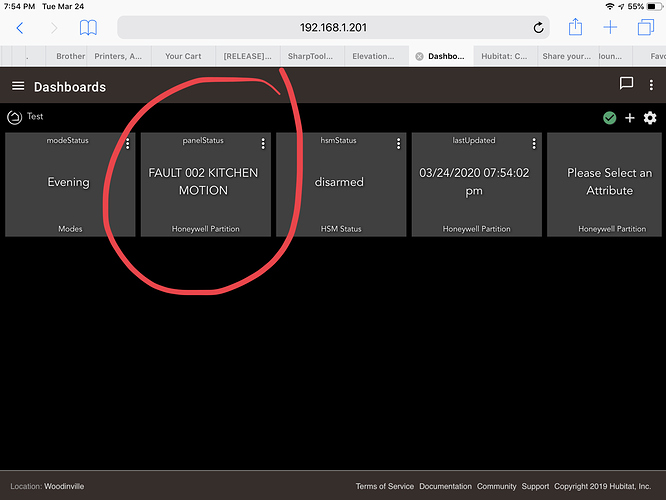 You should be able to use the Hero Attribute tile to display the panelStatus attribute:

One of the great features of SharpTools.io dashboards is the ability to customize your tiles to look the way you want. By default, the dashboard will automatically detect the type of tile and use a default layout for the tile. For example, switches...

Thanks…that worked great. I thought I had set it up righ but these instructions helped. Thanks Josh.