Can Alexa control which dasboard is displayed

On my dashboards, all dashboards fit on 1 screen. Each of my dashboards are named for rooms in my house. Ex. Kitchen, Living Room, Bed Room, etc. My main dashboard is named Home Screen. It usually stays on this screen and shows security status and a few other items like Garage Door and Front Door.

If i want to look at devices in another room, i have to get up out of my chair and go to the tablet on the wall and select the room i want to view. Now Ill admit im a lazy kind of guy and it would be great if i could ask Alexa to change to a different dashboard. Does anyone in the community know if this can be implimented now or would sharptools have to add this capability?

Thanks for your time and knowledge.

Not directly, but if you use Fully Kiosk Brower to host your dashboard you achieve something close. The idea is to create virtual switches, called Kitchen Dashboard, Living Room Dashboard and etc, and create rules to make the Fully Kiosk Browser to navigate to the specific dashboard URL when the mapping virtual switch is turned on. Then you just tell Alexa to turn the “Kitchen Dashboard” on, for example, and watch the Kitchen dashboard loaded while sitting on the chair.

There’s a Fully Kiosk Browser integration available for both Hubitat and SmartThings. The integration provides a method for changing the URL with: loadURL() Edit: Be sure to check out the following post for some tips on how to perform fast client side navigation between SharpTools dashboards:

Don’t forget to turn the virtual switch off a few seconds later in the rules, so it can be turned on next time.

Thanka for your reply. I am a little confused as to where the rule will be written. Is the rule created in Hubitat, Fully Kiosk Browser, or Sharptools?

I think i know where the device handler goes in Hubitat. Can yall provide an example of the rule and where it is created?

Hi Bill-
The rule can be written in your automation engine of choice. You could create it in Hubitat (eg. Rule Machine) or SharpTools Rule Engine.

Fair warning that this is a medium difficulty, slightly technical project. This is not something we officially support, but the community has used these neat tricks to accomplish similar goals.

Sounds like you got the concept with the device driver. It gets installed in Hubitat and then you create a virtual device using that new device type and then configure the newly created device with the details of your Fully Kiosk Browser (FKB) instance.

The idea would be to run loadUrl() command for the Fully Kiosk Browser Controller virtual device you create. In SharpTools, this would be an Action > Device command like the following – where the URL is the actual URL of the dashboard you want to show:

Once you get comfortable with the basic approach working with a normal URL, you might consider updating it to use the Fast Navigation approach covered in another community post.

How you trigger it would depend on your goal. Based on the original use-case where you want to use Alexa Voice Commands, one approach would be create Virtual Switches for the various dashboards you want to open.

Depending on the device names you choose, you would end up using these like:

So in Hubitat, you would do this from Devices → Add Device → Virtual, then select ‘Virtual Switch’ from the type and give it a name. Then authorize these new virtual devices to Alexa.

Then your rule would use the Virtual Switch turning ‘on’ as the Trigger and run the loadUrl() command as noted above. In SharpTools Rule Engine, this would would look like the following:

Note that after creating the virtual switch in Hubitat, you can update its preferences in the device’s details screen to automatically turn off. That’s particularly helpful for an automation like this where you want to trigger things based on the switch turning to ‘on’, so you need it reset to ‘off’ each time. 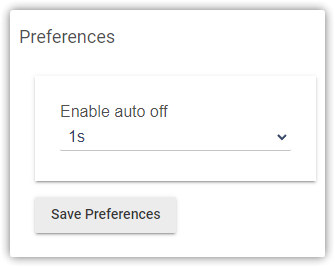 I think i under most of your reply, however, not sure about this part…

and then you create a virtual device using that new device type and then configure the newly created device with the details of your Fully Kiosk Browser (FKB) instance.

Is this done in Hubitat and what device type would it be?

Sorry to be a problem child. Thanks again.

Yes, after you install the device driver in Hubtiat, you have to create a new virtual device in Hubitat to use that new driver. So the device type would be Fully Kiosk Browser Controller.

The full installation instructions are included in the linked thread for the driver: 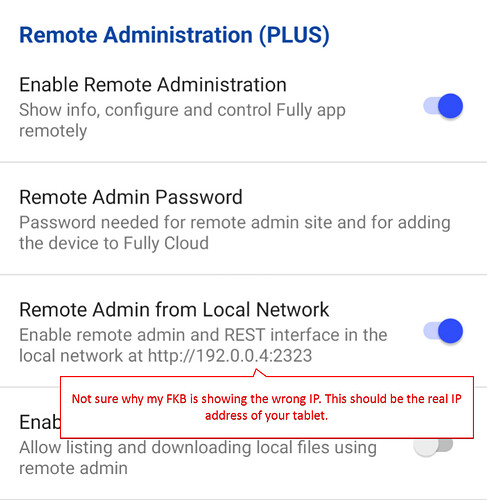 After you create the device in Hubitat, you need to configure its preferences (within the device’s details screen in Hubitat) so it knows which Fully Kiosk Browser instance it’s connecting to. 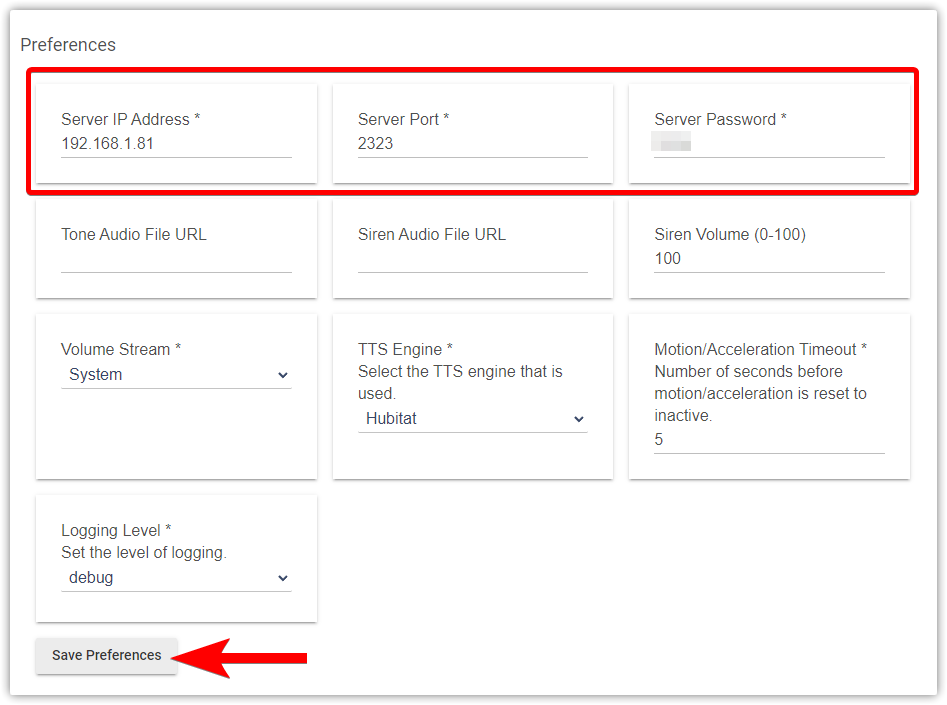