I have 2 locations, one is Hubitat, the other one I just converted to Hubitat from Smartthings. When I go to manage Connections they both show up (see pic). But I can only Authorize one at a time. I cant seem to have both locations Authorized at the same time. Its only one hub or the other? I was able to have a Hubitat and Smartthings locations before. But cant have 2 Hubitat Authorized locations? They have the same static LAN IP but different networks, 250miles apart. 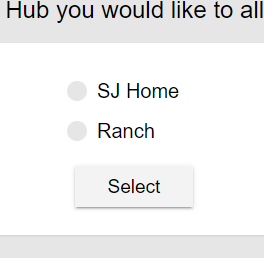 Only allows one or the other.

With Hubitat, when you proceed through the authorization a second time and select a different location, Hubitat returns a token which is valid for a single hub at a time.

There’s a few different approaches you can take for this, but the most common solution is the community developed HubConnect: 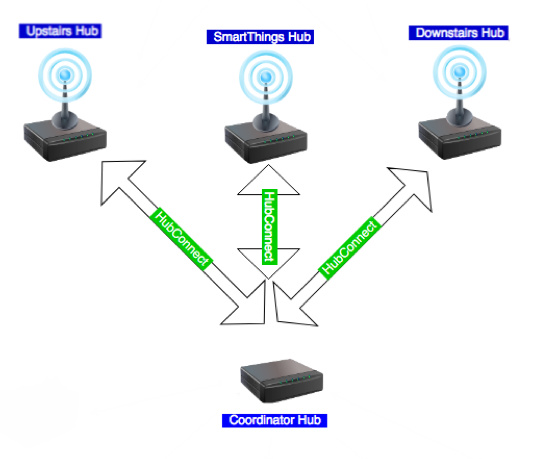 For hubs that are on the same network, the new Hubitat Hub Mesh could be used. Usually hubs at two different physical locations are not on the same network so HubConnect would be the preferred alternative, but in theory it is possible with advanced networking.

Man this sucks! Another thing to figure out. Almost want to put the ST hub back on.
Will take a look at Hubconnect.

I actually do have 2 Hubitat hubs on the same subnet and have just moved everything from HubConnect to Hub Mesh. I have noticed a much more noticeable lag in my dashboards for those things that are on the “other” hub with the new Hub Mesh. The Hubitat response time is fine but to get the updated status to my SharpTools is taking and extra couple of seconds. Not sure why. I had a small delay with HubConnect as well but now is much more noticeable.

Question: Can devices on both hubs be authorized in SharpTools at the same time?

Simple answer is yes. Any device you have linked to the hub that you use in SharpTools will show up. In practice I do see a noticeable delay for the status change of the linked device to display in SharpTools.

I have a wall mounted new 8" Fire HD in an entry. Have a motion detector that turns on the hall light. I measure a 4 second delay from when the light turns on (the linked device ~ Hue bulb) and I see the light status change on the Fire HD which is running FKB. Other devices on that tablet will reflect changes in about 1.5 to 2 seconds.

Thanks Greg! I think I’ve got it now. SharpTools can still only connect to one of the hubs, but Hub Mesh can share devices connected to the other hub, thus making them “visible” to SharpTools. But the process to make that happen apparently adds enough overhead that a noticeable delay occurs.

I purchased a second hub some time ago, not knowing of the one-hub limitation. I used Hub Connect for a while, but a power outage at my home really messed it up. Can’t remember the details - I think the mind protects us from events that traumatic.

Keeping the delay in mind, I may give Hub Mesh a try. Some devices - such as garage door tilt sensors - aren’t so critical that a couple of seconds delay would matter.

Another thought for those of us with older hubs not supporting full backup capability: if all devices were shared on both hubs could could that ease the ability to recover from a hardware failure on one hub? Probably too much to hope for…

I just completed the switch from HubConnect to Hub Mesh. I had all my internet associated things like my Hue Bridges, Rachio Sprinkler, Sonos etc… connected on 1 hub and all my zwave and zigbee devices on the main hub I connected to SharpTools. I went thru and 1 by 1 modified my rules as I added them as Hub Mesh linked devices. Hubitat at some point didn’t like devices connected both with HubConnect and Hub Mesh and 1 of my hubs locked up and it took a soft reset and restore from an old back up to get the hub back. So make sure you have a back up before you start!

Just out of curiosity, is Hubitat deliberately limiting it to one hub(location) only?

With Hubitat, when you proceed through the authorization a second time and select a different location, Hubitat returns a token which is valid for a single hub at a time.

I’m not certain what the history is as to why it was designed that way.

That being said, I believe there are things we could do on the SharpTools side to workaround it (eg. storing a token per hub), so if you wanted to create a feature request for it, please feel free to.

Thanks, will for sure make a feature request.
This has crippled one of my locations thats 300miles away, cant see anything going on there since I switched it to Hubitat, there cloud dashboard barely loads if at all. I tried HubConnect but couldn’t get it to work because you need to set up the primary hub first which at the time was 300miles away in the other direction. Plus I don’t think that solution will be very efficient.

I’ve been meshing around, and it really works well - so far. The devices I’m putting on the second hub are stuff not on a SharpTools dashboard, e.g. buttons.

Agree - The hub mesh works really well. I think my issue is the Hue bulbs in general seem to have a lag in responding so that really is my only issue. Everything else seems to work well including the Sonos which I thought might be problematic.