I want to list which home windows are open in a tile on my dashboard. I already have a webcore piston that will list the open window(s) using a variable but I can’t figure out how to get the variable name in a tile instead get this random ID for the variable using a Post request with JSON. So far this is what my piston from webcore, rule and dashboard looks like (I couldn’t do an anonymized version).

Is it possible to have a tile which lists the variable name (window name) that updates as windows are opened and closed? 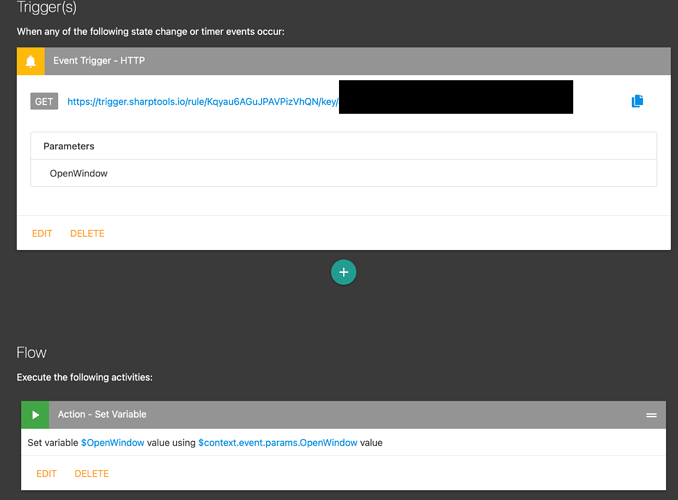 Might be a good question for the webcore community as the data that gets posted across would need to be a string containing the device names based on what it sounds like you’re trying to do.

I was able to change the variable to a string and now the data flows to the sharptools tile. Thanks.

@Michelle_Patterson Good to hear that you got it to work. Do you mind sharing your piston so others who find this post later can be benefited as well.

To force the tile to be blank when all the doors and windows are closed, I created another sharptools variable with no value.

Now, if I can have the tile change color when text is inside I’d be a happy camper. 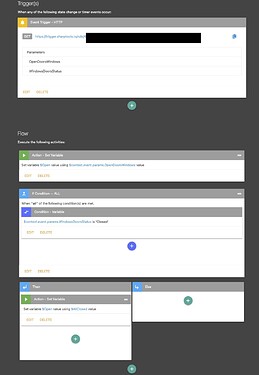 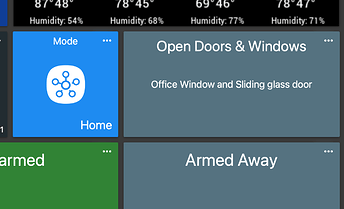