Temperature inside of a range

I’m working on moving into the neighborhood from the WebCoRE neighborhood. I’m going to have some questions along the way…

I am working on recreating my easy Pistons first, while learning.

You can use an IF Condition (with multiple conditions) within the flow to further restrict things. 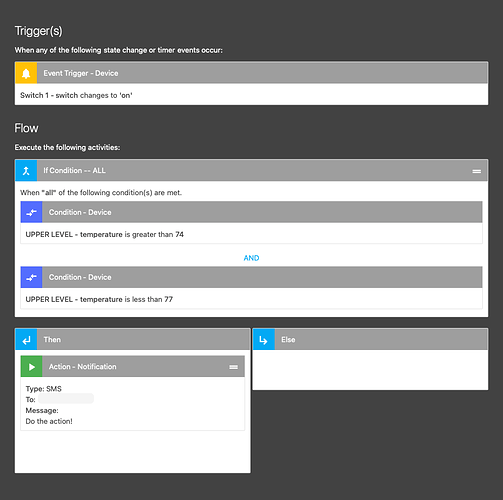 Or if it’s triggered by the temperature changing, you could use context variables to perform the filter. As @Terri mentioned in another thread, this makes the rule execute faster as it uses the triggering value for the comparison rather than making a query to the hub to ask for the current state. 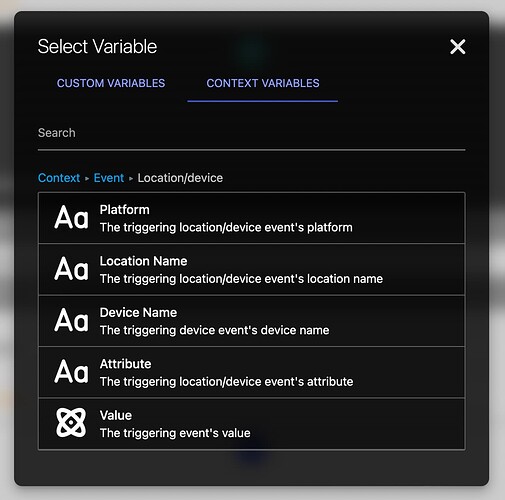 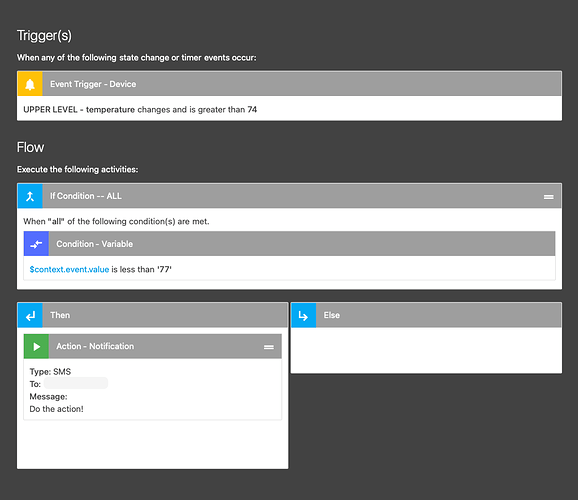 In this example, I set the trigger for greater than 74, so I only restricted the IF Condition to less than 77 since the first part of the condition was inherently covered by the trigger. You could certainly have both sides of the IF Condition explicitly set in the if that makes you feel more comfortable though.

Thanks @josh
I’m leaning towards the first option. 2 questions…

1- Can the trigger be the temperature? (It won’t be tied to a switch)
1- Is the “UPPER LEVEL” a variable?