Is it Possible to change the words On and Off when using a (Thing) in Super Tiles, I want it to say Home instead of On and Away instead of Off

Could you do it with variables? Have a rule watch for the value and then map it over to the words you want.

Thanks, you couldn’t point me to a example, I’ve not used variables yet. 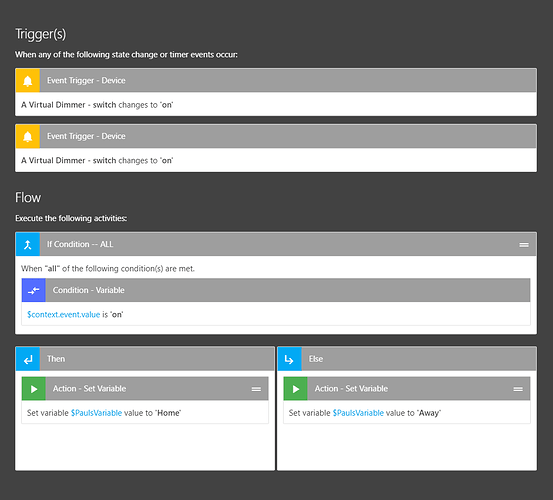 To start with, I tapped the ... in the top-right corner of the rule and added a new Text variable called PaulsVariable.

Then I added the triggers for each of the values I wanted to react to (the switch turning on and the switch turning off). Then in the flow, I added an IF Condition and used the Variable type – this is a bit of a trick to make the rule run even faster as we can use the value from the triggering event in the condition rather than having to look up the status from our hub – when the variable selection comes up, select the Context Variables tab > Event > Device > Value. 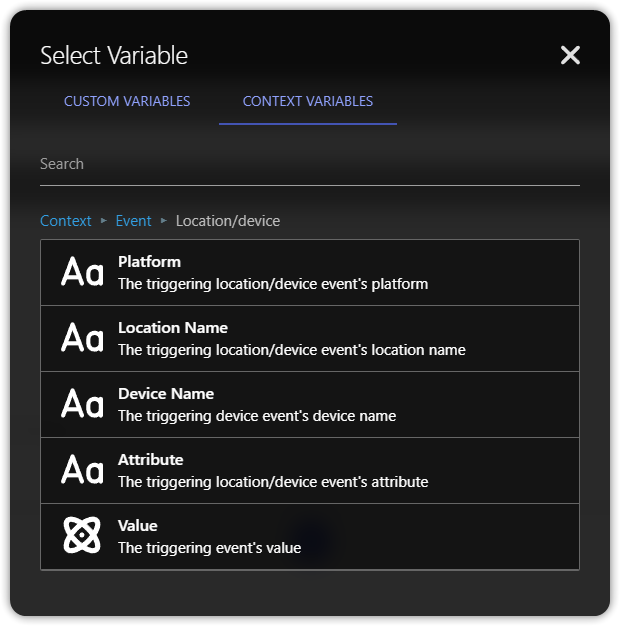 In the THEN and ELSE parts of the IF condition I set the variable to whatever value I wanted (eg. ‘Manual Input’).

Thanks Josh, that works great