For my Sonos tile I am unable to get the AudioTrack data to render correctly (see bottom of attachment). The data (artist & title) within the string is correct, but it isnt being rendered appropriately.

Am I missing something or is this a bug? 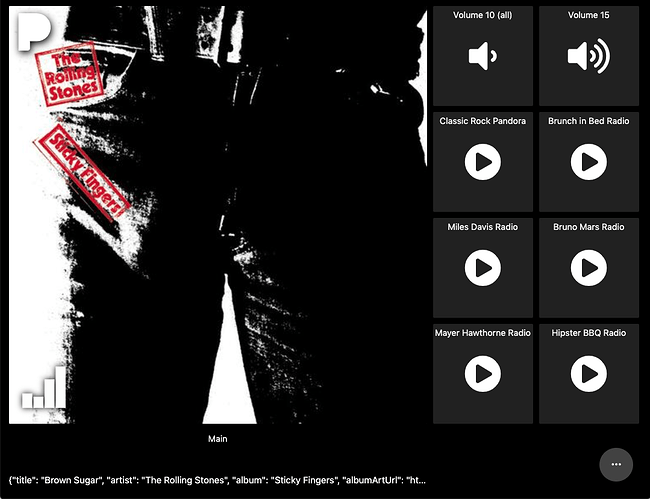 Hi @Justin1, do you mean to display the audio track data like below? If so, you will change the layout to “Music Player Tile”. The Hero Layout allows you to display specific attribute(s) you want from the device in the string format like what is shown in your screenshot.

The audioTrackData attribute is a JSON object which is why it renders as shown in your screenshot.

Thanks Josh and James.

@James
I have the option of “Media Playback Tile”. Im not sure if thats different than the “Music Playback Tile” that you are using. But either way I dont need the Playback tile… I just want the artist name and song title. But when I do use the Hero Attribute I cant see them. 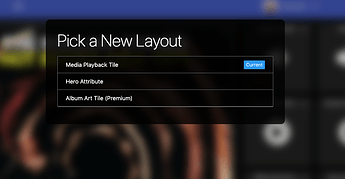 @josh
Thanks for the info. I switched to trackDescription as the primary attribute when using the Hero Attribute layout. Looks like mine is missing too (SmartThings & Sonos). Any ideas how to fix it? 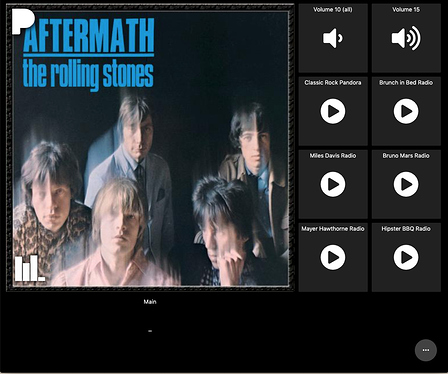 Thanks for the speedy response guys!!

Any ideas how to fix it?

Unfortunately, it seems like a change was made to the Sonos device handler within SmartThings. I’ll reach out to the SmartThings team to see if they have any thoughts on why the trackDescription attribute is no longer getting populated.

Any word on this? If not, the ability to pull a key out of a JSON string would also do the trick for making a Song Title Hero tile.

The SmartThings team indicated that the change was intentional. The reasoning was that the trackDescription was a custom attribute from a now deprecated capability and the content within it wasn’t standardized. While the new audioTrackData is part of a new official capability, the definition of the content within that attribute still isn’t standardized (though SmartThings themselves have an internal standard they are following as implemented in the Sonos DTH).

If not, the ability to pull a key out of a JSON string would also do the trick for making a Song Title Hero tile.

We’ve noted the feedback. This would be a neat option - especially with the upcoming introduction of variables.

Yea, my first instinct was to try doing this with a Rule that would see changes and update a Variable, but there’s no JSON parsing functions (yet).

@josh Keep us posted if anything changes.

Also, may I request an option to hide the source attribution logo (the Pandora P or the Spotify logo) in the upper left and the eq visual in the bottom left of the Album Art Tile? Some album covers are pieces of art and its a shame to cover it with UI thats not helpful.