Solved: Unable to login in to community or dashboard

I would like to set up a dashboard on an old Motorola Xoom running Android 4.4.4 (rooted). Running last version of chrome for this device (version 31.0.1650.59). I also tried fully kiosk with the same results.

I am unable to login. Whether I chose Google, email or phone I get the following screen and nothing else. Anyone seen this before?

The device is probably too old to use but thought I would ask before giving up. 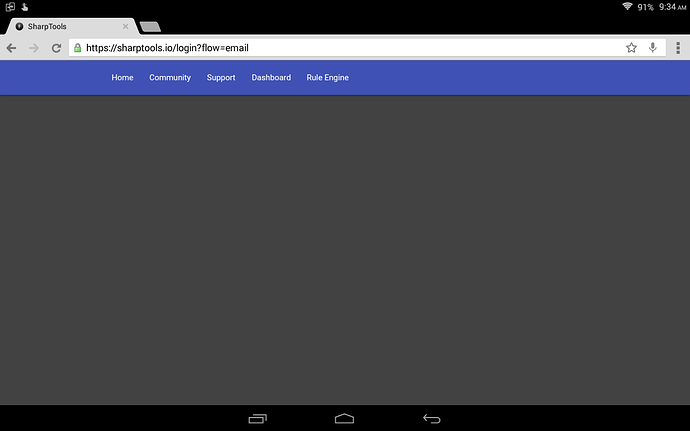 I’m looking into it. I was able to reproduce on an Android 4.4 emulator in the stock browser. While the Xoom is a pretty old device, I’d still like to see if I can get it working on Android 4.4.

Thanks Josh. The thing is built like a tank. I hate to part with it. It has been working well as an “automation tablet” but ST classic does force close occasionally and ST connect isn’t supported. I did set up a bunch of widgets for my most used devices so I have a work around.

I did try a handful of browsers that I could actually get to run on it and they all exhibited the same behavior.

I got it working. It seems to be caused by chrome being so old. I suspected that when I saw a warning in Fully Kiosk about webview being out of date.

I found and installed “chromium for tegra 2” from XDA and was able to log in. This version of chromium is at version 70. I am including a link to the XDA thread in case someone else runs into this issue with an old Tegra 2 device.

I know side loading software from sources other than Google is a security risk but, if your working with a rooted device like the Xoom, you should probably already understand this risk. If you feel the link is inappropriate, please delete it.

Thanks for the update and the workaround! I spent some time working on this and made good progress. The stock Android 4.4 browser is missing a bunch of modern features we are using, but I was able to shim each of these features and get things working in the dev build.

Assuming I don’t find any glaring issues, we’ll likely include this in an upcoming release. 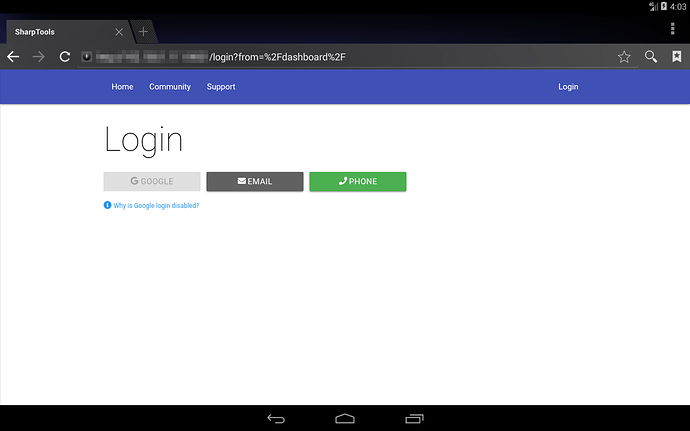 The changes are live now and the things should work on Android 4.4 now.

Thanks Josh. The Xoom started locking up and it seems to have started after installing Chromium. The old version of Chrome is now logged in and working.

Spoke too soon. The dashboard displays but when pushing a tile I get “Error Sending Command”. I’ll troubleshoot it in the morning.

@josh. I tried logging out and logging back in. No go. I also checked my devices subscriptions and that fails too. Chromium is working as it should with the dashboard.

Thanks for the details. Sounds like we made good progress but there are still a few things to check. I’ll fire up the emulator next week and do some further testing.

Today’s platform release includes some additional enhancements around older Android devices. Let me know if this fixes the errors you were seeing when tapping a tile on your Xoom (in Chrome).

I’ll check when I get back to the house this evening.

Seems to work perfectly. I tried on/off, dimmer, and my Honeywell thermostat using tile confirmation. No issues. Thank you!