I bought SmartThings Vision at a good price and if it works correctly in the application, it does not report data correctly to SharpTools. I would like to display motion correctly on the tile and although the motion is detected (I tested the data retrieval by the variables from the device status and it writes the data correctly), the tile unfortunately does not update the state as in the case of other motion detectors.

I need help in this subject.

What status is it reporting and is it for the right capability and attribute? Maybe a screenshot of the device details in SharpTools would help. You can view the location from your SharpTools profile and then select a device to see the details.

What status is it reporting and is it for the right capability and attribute? Maybe a screenshot of the device details in SharpTools would help. You can view the location from your SharpTools profile and then select a device to see the details. 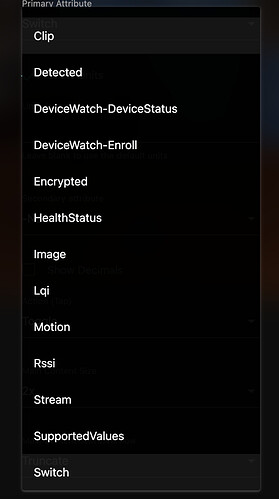 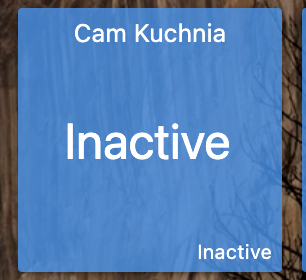 I also did a test so that motion detection would be written to the variable and it also works very well.

The problem is only with the tile, it always shows motion “inactive”

Can you PM me the Dashboard ID and the Rule ID you are referring to?

If it’s updating in the rule for the exact same attribute, then it should update in the dashboard as well. Since you mentioned your rule sends notices for when it becomes active and inactive, how quickly does it switch from active to inactive? (Most motion sensors have a timeout before they go inactive)

Samsung Vision has no idle time adjustment, I sent everything in a private message, see for yourself how it looks

Something is wrong with the timestamps of the events reported by the device. If you take a look at the logs for your motion rule and look at the details of the trigger line (within the ‘Runtime Data’ block), you’ll see that the timestamp is being reported as 1970-01-20T05:27:48.000Z.

Certain events are conditionally written to the database only if they are newer than the previously recorded state. This is to ensure that if multiple events are received in quick succession (which could potentially be slightly out of order), only the newest values are written to the Thing. Since these values are very old, they get filtered out as ‘not new’ events.

I would note that if SmartThings doesn’t have any plans to fix the DTH/Driver, a workaround would be to have your rule save the event value to a variable and then display the variable in your dashboard instead of the motion attribute directly from the device.