I have the APIXU weather tile device from bengali on my sharptools dashboard. It worked great for a little while but it is not grabbing all of the correct values from the driver. I am installing the tile as a Thing and selecting the weather device i created with his driver, all of the values are there but they do not match up with the values showing in hubitat when i do a POLL or REFRESH.

IMPORTANT: For anyone who has found this post through search, please note that the Hubitat community seems to be moving away from APIXU after they rebranded to ‘Weatherstack’ and reduced their free tier.

The Hubitat Community DarkSky.net driver has become a popular weather driver for Hubitat.

Thanks for posting, Jason, and sorry that things aren’t working as expected. The short answer is we are actively working on updating the SharpTools-Hubitat integration based on some APIs that were recently added to Hubitat which should get this working.

Event subscriptions for SharpTools.io in Hubitat are currently setup based on core capabilities that the device reports. Unfortunately, there isn’t a standard set of capabilities for some of the attributes commonly used by weather devices, so those attributes only get updated during the initial device authorization/synchronization process.

Apixu.com worldwide weather data with outside lux. No PWS or server setup

Thanks for tagging me! As Matthew mentioned, the issue appears to be that non-standard attributes are not being automatically subscribed to since they aren't part of a standard capability. Unfortunately, there's not a Thing Capability that...

That means that standard attributes like temperature and humidity will update as expected, but attributes like forecastIcon, city, feelsLike, percentPrecip and a number of others don’t update.

Ok, thanks for the quick reply, I will wait patiently.

Just wanted to be upfront about the interdependencies as that means it may take a bit longer to get it fully released!

That being said, I’ve got the initial stuff done to get weather updating:

@josh did this change get implemented in the latest hubitat firmware the other day? I haven’t updated yet because of some xiaomi driver issues that need to get ironed out first.

ted in the latest hubitat firmware the other day?

It’s included in the Hubitat 2.0.6 beta firmware. The Hubitat team usually keeps a pretty quick pace with their release schedule, so I would expect it to be available for everyone in the next few weeks.

It might be “Always Sunny in Philadelphia” but it’s certainly not always Sunny here in New York despite what my Weather Tile says. It reads the temperature, wind speed, precip, etc correctly. However, it always displays the currently weather as “Sunny” and shows the Sun Icon. For instance today, the APIXU website states the current conditions are: Light Snow despite what my screen shows below:

(The device parameters in Hubitat show the correct conditions, for whatever reason Sharptools is displaying “Sunny”)

What am I doing wrong?? 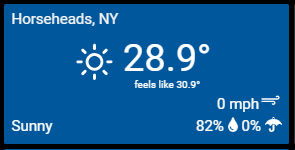 Hey @Mark_B - thanks for posting! I hope you don’t mind that I merged your topic in with an existing topic covering the same subject.

The short version is it’s fixed in the Hubitat 2.0.6 beta update.

More details can be found above in this thread I merged your post into.

The update is out but I’m not home to try it.

Once you’ve updated your Hubitat firmware, you’ll need to reload a SharpTools page at least once so the system can determine that you have the new Hubitat code and enable the dynamic subscriptions.

After that, each time you visit a dashboard, it will check to make sure all required subscriptions are setup.

You can verify which version is being reported to SharpTools by following these steps:

Ok i have reloaded the dahsboard and confirmed I am running 5.2.0 (12) but still doesnt seem to be updating.

Same issue here. I’m showing the correct version, however the icon is still not correct.

What is being reported on your APIXU weather device Current States for forecastIcon?

Also, have you tried changing the location used in the preferences of your driver and saving to see if the data updates? For example, I changed to Paris and I’m seeing a forecastIcon = sunny with weather = clear. 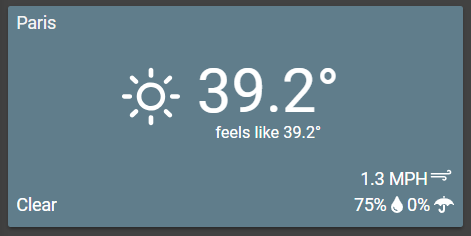 Then if I change to Portland, I’m seeing forecastIcon = snow and weather = Light snow: 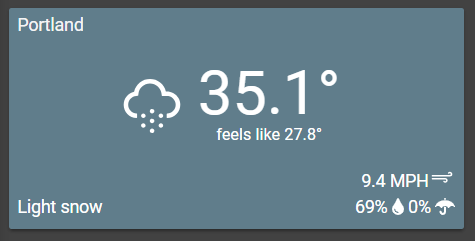 For reference… this is what I’m referring to in the Current States of the APIXU device: 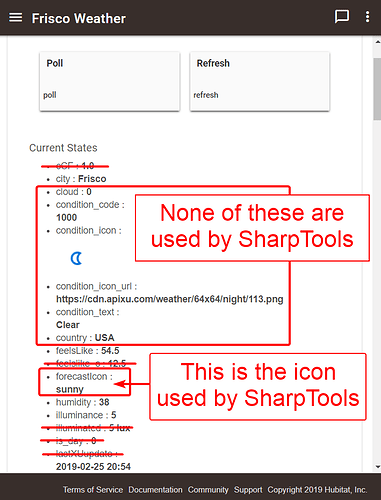 SharpTools uses the forecastIcon as the icon. You can see the full list of attributes the weather tile tries to display:

Looking at Bangali’s latest code, it looks like localSunrise and localSunset don’t exist anymore (they are now named with underscores), so if you’ve updated to a newer driver those attributes won’t update as expected. I had created a brand new weather device with the latest Bangali code for testing hence why my tiles above aren’t showing the sunrise/sunset at all.

The rest of the attributes appear to be available and updating as expected from my tests.

Here is what my screens show: 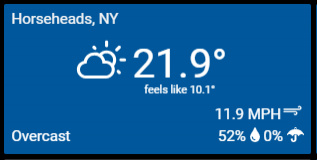 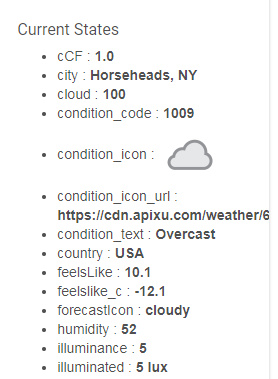 Thanks for the screenshots. The forecastIcon, feelsLike, city, and humidity attributes which are visible in the screenshot appear to be reflected properly on the tile. Is everything working as expected now or if not, what is expected?

Ill have another look when I get home

Sorry I should have been a little more clear, this was taken at 10pm at night, I was expecting to see the cloud icon as shownin the forecasticon field and not a partly sunny icon as shown on the dashboard icon.

@Mark_B thanks for the clarification.

The forecastIcon is expected to map to Weather Underground compatible icon keys which also have ‘night’ variants.

For example, there’s a cloudy and a nt_cloudy

Looking at the attributes that his APIXU driver exposes, it looks like there is an is_day parameter, so I don’t think it would be hard to append a “nt_” before the forecastIcon in the event that it’s not day time. I’ll make the suggestion and see what he thinks.