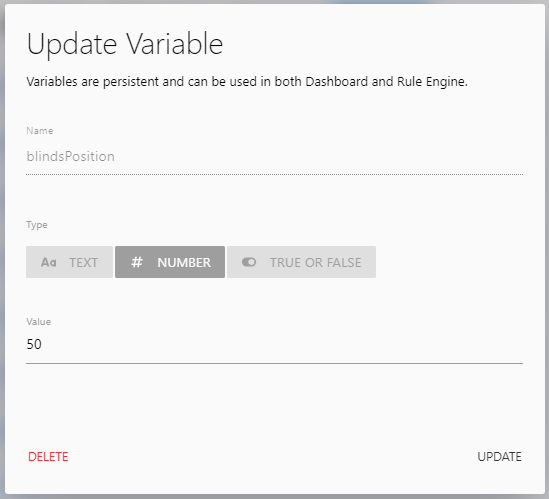 Create a rule to adjust blinds position when this variable changes 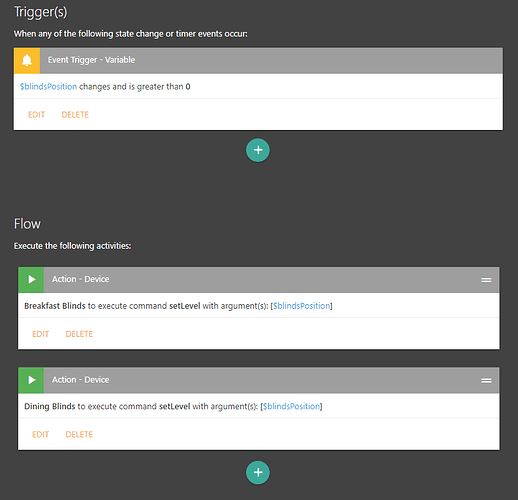 Thank you James,
But this is not what I mean. I want the Tile to contain slider only always without the need to type in a value.
Is that possible ? Can we take your idea and show it as slider instead of a text field ?

@Shai_Dotan, the slider for controlling a Number variable tile is not currently supported, but I will pass your feedback to @josh. Thanks.

Any update on this @James, @Josh?

I’m just waiting for my roller shades to arrive - they should integrate with SmartThings
I’d like to incorporate into SharpTools
Maybe a feature request for slider if this was never executed?
Smart Roller blinds are becoming HUGELY popular - maybe a nice addition to have some added capability in Sharptools?

@Bethel_Lane, thanks for the follow up. Can you cast your vote in the feature request below?

The idea is rather simple. I would like a layout for dimmers/shutters that looks like a 1x2 slider, similar to this concept design that I made here: [sharptools slider concept] I would really appreciate it if this was made!

@Martin.Borg basically created a concept mockup for this but feel free to add your comments in the request.

Ah thanks @James - I hadn’t recognized that

Maybe a better qualifier on the title would garner more interest?
as in 1 x 2 Slider Tile e.g. for dimmer, roller shade etc

I could see that would also be great for Dimmers too!

I could see that would also be great for Dimmers too!

Just added Dimmer/Shade to the tile to help catch the related use cases & interests.

Thanks you for improving this. excatly what I want. squared in red: 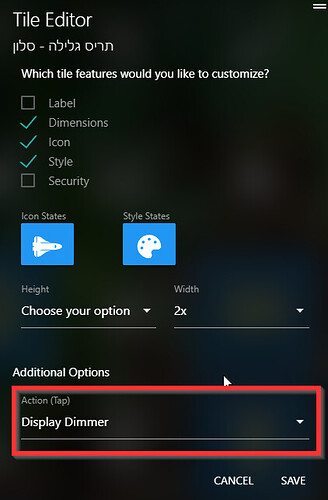