I have a few LMS players on the network and I want to bring in the album art into a super tile. Here are the attributes available for one of the players: 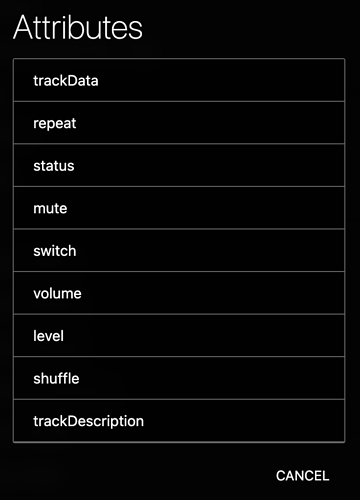 When I add “trackData” and “trackDescription”, here’s what it looks like: 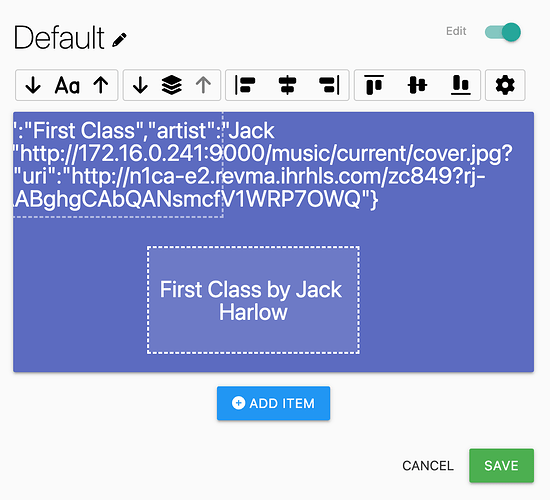 How can I parse out the album art from the JSON and dispaly it on the supertile?

The following post from the Super Tile Announcement thread covers this question:

Super Tiles can display data from Things / Variables and can display icons for each of those, but JSON parsing and advanced rendering (eg. trying to take that JSON, grab the URL from it, then use that URL to display an image) would be push you into the Custom Tile space.

Taking that one step further, would it be possible to extract that image and set it to the dashboard’s background?

I can’t think of a straightforward way to dynamically adjust the background today. Maybe the community has ideas though?

I suspect that the Variables in Media Tiles feature request would be a good starting point for this if you want to cast a vote there. Once that’s in place, the same logic could likely be used in Dashboard Backgrounds. Then the last thing that would be needed would be some sort of JSON Parsing in Rules to be able to get just the part you need and put it into a variable.