Not sure if already asked and solved but is there a way to open browser in Windows from dashboard tile? I know that I can open webpage from tile and choose to open in new window, open in same window or modal but can I choose completely different browser and set it to open as new window in front of SharpTools dashboard?

I don’t think there’s a straightforward way of doing this.

Like Android and iOS, Windows has a concept of “URI Schemes” where apps can register their own URI schemes (eg. myapp:), but I don’t recall there being one for each browser (like Firefox) as they’re usually just used with the default http: scheme.

I recall discussing this before, so I found the following post in the community which shows a few default registered URI schemes for doing things like opening the Photos apps, etc.

How to run microsoft app from tile? - #2 by josh

I did a bit of research and it looks like you can register your own URI Schemes as shown in the following article: 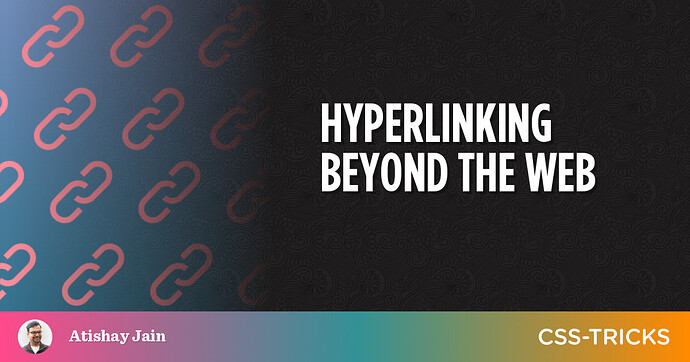 Hyperlinking Beyond the Web | CSS-Tricks

Hyperlinks are the oldest and the most popular feature of the web. The word hypertext (which is the ht in http/s) means text having hyperlinks. The ability to

As a test, I created a scheme called stio-test: using the Registry Editor and it worked as expected for me:

The \HKEY_CLASSES_ROOT\stio-test\shell\open\command key has its default value set to open the SharpTools pricing page in Firefox:

And per the guide, the top level \HKEY_CLASSES_ROOT\stio-test key has a blank string value of URL Protocol set so the system treats that as a clickable scheme:

Then I just used the stio-test: as the URL as a hyperlink: 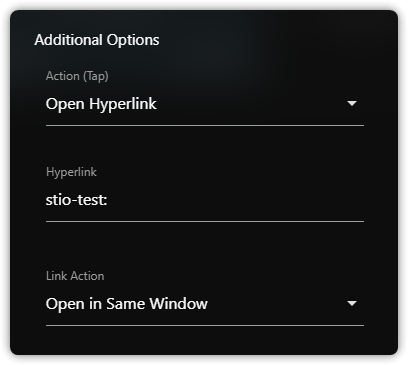