I am trying to create a rule that triggers if anyone of four people arrives between 1130 pm and sunrise the next day (these are presence devices thru Life360 in the new SmartThings app). Then, I want two lights turned on for ten minutes. Can I do this in the Rule engine? I’ve attempted this. I think I can trigger if one of four people arrive between 1130 and a time the next morning, but not sunrise. Also, I can turn on lights, but can’t figure out how to turn them off ten minutes later. Maybe a separate rule? Thoughts? Thanks.

Hi @Richard_Belthoff, see below for example and make sure you change the IF_Condition logic from all(AND) to any (OR). (After 11:30pm or before sunrise). You can select sunrise/sunset at top-left corner when selecting the time in the IF_Condition, and use Delay action to turn off the light 10 minutes later. 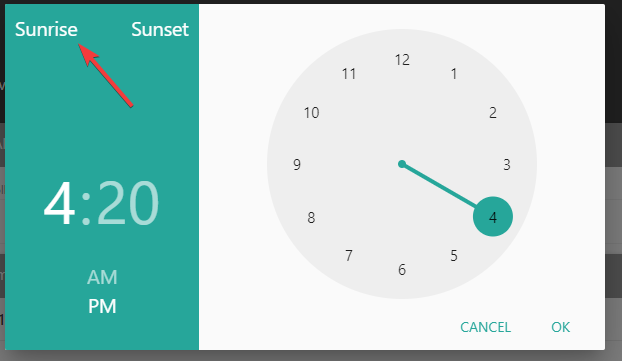 Fantastic. Thanks. I’ll try it tomorrow (phone’s harder to use to program

I didn’t realize (remember? realize?) that If can be changed to Any rather than All. Thanks.

And I surely missed Sunrise on the time clock dialog. Duh.

Question, though. Why is it after 1130 OR before Sunrise and not AND? Thanks.

Question, though. Why is it after 1130 OR before Sunrise and not AND?