Today’s release brings with it some new tools for analyzing your locations and things as well as new icons to better distinguish which platforms you have connected to your SharpTools.io account!

One of the unique features of the SharpTools.io dashboard is the ability to connect multiple different home automation hubs or platform together into a single cohesive view. But if you had multiple hubs/locations with the same name, it could be hard to tell which hub you had connected. This release brings with it some new icons to help better distinguish which platforms you have connected.

In addition to the new icons, there is a new ... menu option in the locations list which enables you to view more details about your connected locations including which specific devices you have authorized for each location. 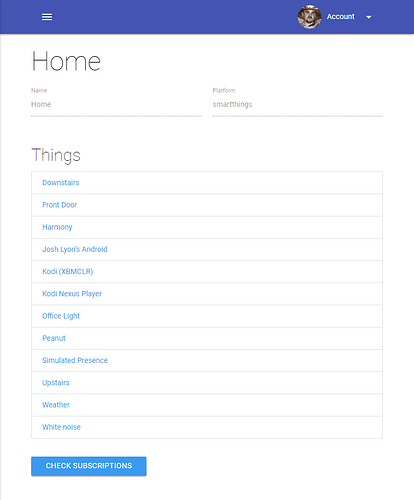 Furthermore, you can click on any of the authorized things from the location page to drill into the Thing and view more details about it. 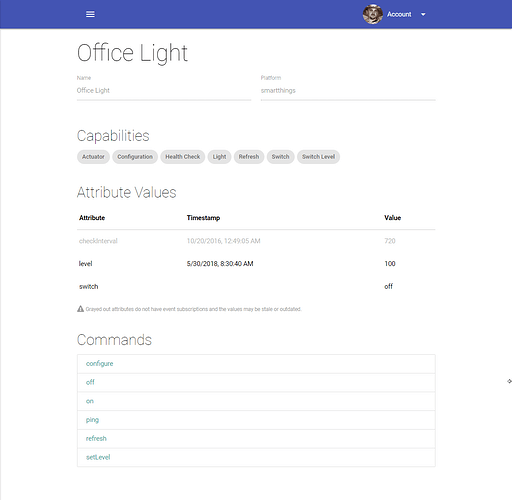 A few users have reported duplicate Things being listed in their accounts, so we’ve improved the device synchronization logic to prevent duplicated devices and have cleaned up existing accounts. The duplicates only happened for a small fraction of users (<2%), so we really appreciate those who reported the issue!

Along with this, we’ve also introduced logic which should synchronize event subscriptions - this healthcheck will automatically occur when SharpTools.io is loaded fresh, so no action is required, but you can also manually run the Subscription Check for SmartThings accounts from the new Location management page.

So I have an Aeon Home Energy Monitor. Looking at the details page for the device, I see both energy and power attributes, with values next to them. But when I edit the tile, all it shows is power. I’d like to show energy as a secondary attribute.

Thanks for the feedback and the suggestion. Is the energy attribute grayed out? The new tool shows all of the attributes even if they are ones we don’t make available via the platform via Hero Attributes yet. Only the lines in black text get new events from your hub - the ones that are grayed out are pulled in during the initial device synchronization, but they don’t get status updates.

What hub is your Aeon Home Energy Monitor connected to? (eg. Hubitat or SmartThings)

What hub is your Aeon Home Energy Monitor connected to? (eg. Hubitat or SmartThings)

I am on Hubitat. Both power and energy are grayed out. But power seems to update but I never see the energy attribute even appear.

Ah, that’s a good point. The event updates (subscriptions) are handled differently on Hubitat - I’ll need to update the thing management UI accordingly as all of the attributes will appear grayed out. I’ll see what I can do about getting energy enabled as well.

@Dan_Fox today’s platform update includes support for custom attributes in Hero Attribute tiles which means that energy should become available to you once you are on a supported Hubitat firmware version. On that note, the related SharpTools Hubitat App update is currently available in the Hubitat hub beta release 2.0.6.

When viewing your location details in SharpTools.io, you’ll now see a Show Advanced switch which can be toggled to show the SharpTools app version reported by your hub. For Hubitat, you’ll need to be on at least version 5.2.0 (12) to take advantage of the dynamic subscriptions. 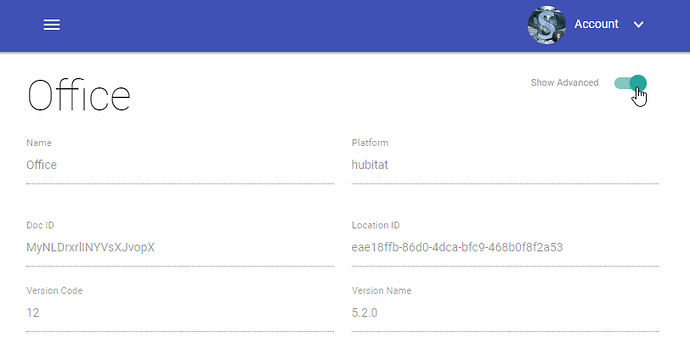