I’ve had this problem for quite some time and finally found some time today to troubleshoot more thoroughly. The issue affected both of my Fire HD 10 tablets using Fully Kiosk Browser. I was on v1.46 and it turned out that upgrading to the latest Fully v1.49 solved the problem on both tablets. Wanted to share with others in case someone else is dealing with it. @Stan_Silverman not sure if you’ve already tried this or not. 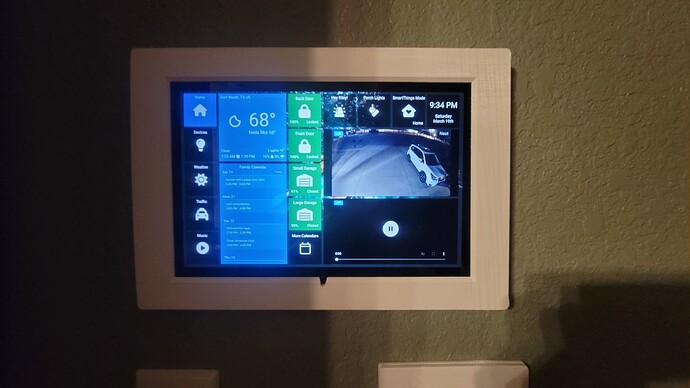 Finally a thing of the past!

@T_Shoaf - Thanks for discovering this! I’ve upgraded three of my tablets so far and will get to the others soon.

Perhaps the friendly folks at Fully were inspired to fix this by reading our earlier comments.

I had a “This camera is out of action” today. I didn’t have an opportunity to check if it really was or not. Showing camera right now.

Yeah, I’ve had some occasional glitches too. Mostly it will show a spinning circle for a few seconds, then stop, and then do it again. Refreshing the page solves the issue (at least for awhile). It seems to me the issues are MUCH less frequent, but still happen occasionally.

I’ve just sent an email to Fully about it. I’ll post up their response once I receive it.

They blame the Android Webview and say there’s nothing they can do about it. That got me doing some more troubleshooting. Honestly I think my issue might now be different from the original cause. Previously the buffering or unavailable messages happened all the time…wait 5 minutes and it would happen - but only on my tablets. Now it’s pretty rare, maybe a few times a day. I had tested on another device and saw no issues, so thought it was still isolated to the Fire tablets, but after more testing today I did replicate it on my Windows PC using Firefox. I also replicated it on an affected tablet with Google Chrome, which pretty well rules out Fully as the culpret. So I think now maybe mine is a simple matter of a weak wifi signal, or intermittent interference. Later I will try moving the camera closer to my router to see if that solves it or not.

@Stan_Silverman if you have ruled out weak wifi, I found this link where you can report the issue to Google: Contact Us - Google Nest Help . I figure whether the issue is with the camera, its service, or the Android Webview, all of those point to Google.