My story so far and batter optimisation question

I’ve just started with SharpTools but I’m really impressed so far - signed up for a paid account and my trial hadn’t even run out! 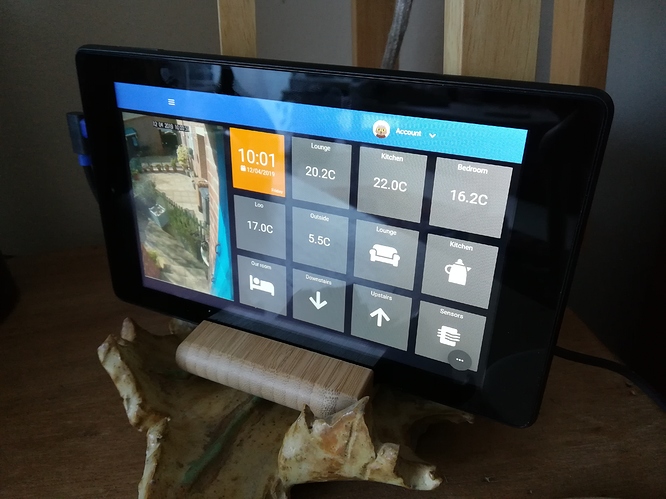 I’ve got my tiles sorted, managed to follow the instructions for controlling more than one device with a single tile and added my front door camera feed (running RPi Cam Web Interface on a Pi Zero) so very happy!

I’m running mine inside an app called WallPanel, which also works very well as the browser on the Kindle Fire doesn’t have a kiosk mode.

One thing I’m struggling with is the battery life on the Kindle Fire. Ideally, what I want is for the screen to turn off and to use the camera to detect motion and turn the screen back on. It’s not so bad on the one in the pic but I have another one which I’ve put into a picture frame so the power button and charger socket aren’t accessible (at the moment).

I’d be interested in hearing tips and tricks from others to see what they’re all doing to optimise this.

Andy-
Thanks for the message and glad to hear that you are enjoying things!

Ideally, what I want is for the screen to turn off and to use the camera to detect motion and turn the screen back on.

Are you running the stock Fire OS? By default, apps aren’t able to unlock the screen on Fire OS devices (whereas most normal Android phones/tablets can). So the challenge is that if you automate turning the screen off, then when you turn the screen back on it will be stuck at the lock screen on a Fire Tablet.

Edit: Looking at your question again, it seems like the native screensaver and wake on motion features of WallPanel or Fully Kiosk Browser might meet your needs. No need to get into the API stuff below unless you’re looking for more advanced control or using sensors from your hub to trigger the screen.

To install Fully Kiosk Browser on a Fire Tablet, you can download it directly from the website. Just be sure to pick the version ‘for Fire OS’ from their download box: 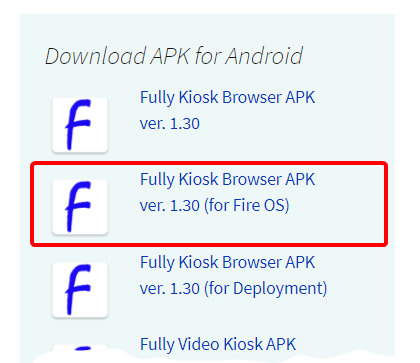 WallPanel has a REST interface so you might be able to use that to automate turning the screen on and off: 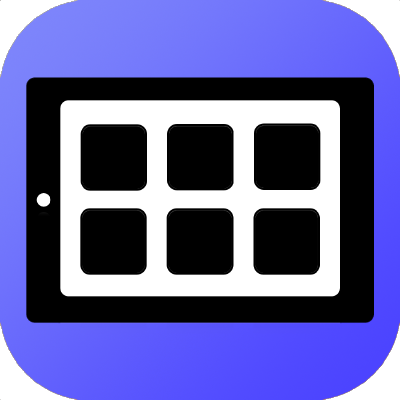 Constant power... Is it safe? SharpTools for Android

If you are using the app Fully Kiosk Browser, it has a built-in REST API that can be called from SmartThings or Hubitat. I was originally recommending people do this by creating a Virtual HTTP Switch using code from the ST community and then have it call the relevant Fully Kiosk API: //use the screensaver features on Amazon Devices to avoid ads on the lockscreen /?cmd=startScreensaver&password=[pass] /?cmd=stopScreensaver&password=[pass] //you can use the screen on/off features on regular And…

Thanks for that. I’ve done some digging and found that WallPanel does it as well. What I’m not sure about is whether it actually goes to sleep, or just dims. The battery died after about 8 hours. I’ll give Fully Kiosk a try as well to see how that does.

The processing of the wake on motion from the camera probably eats up some battery in the background. Same with keeping some of the other features enabled (REST API, etc.) as the app has to keep awake to respond to those various events.

It’s not so bad on the one in the pic but I have another one which I’ve put into a picture frame so the power button and charger socket aren’t accessible (at the moment).

Is the space for the charger physically restricted or something else preventing being able to keep it charged?

I’ve now taken a hot knife attachment on a soldering iron to the side of the picture frame so it is no longer physically restricted. Luckily it’s fairly well hidden. It’s in the right hand side of this image so you can’t see unless you’re looking for it. 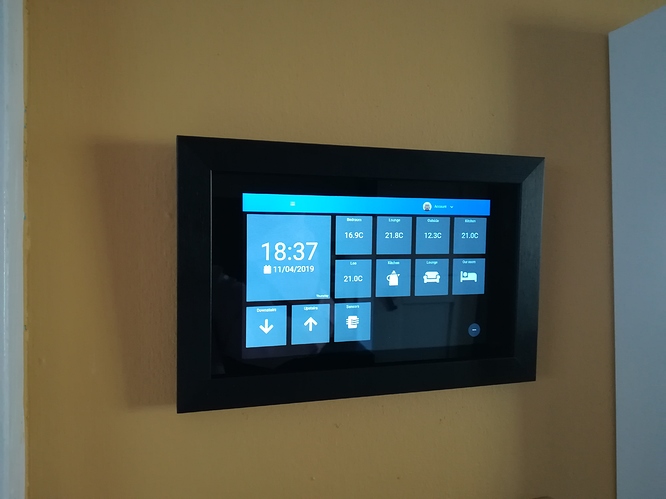 I can hide the cable to some extent and I’ll have a play with some other settings to squeeze as much as I can out of it. Bluetooth off, screen a bit dimmer, etc.