I finally found a script to use for a hockey widget, but I need some help with the script; I want to only show specific rows (currently, this script pulls all games from the current season).
Here’s the script: <script src="https://widgets.sports-reference.com/wg.fcgi?css=1&site=hr&url=%2Fteams%2FPIT%2F2022_games.html&div=div_games"></script>

And here’s a screenshot to show what the script displays: 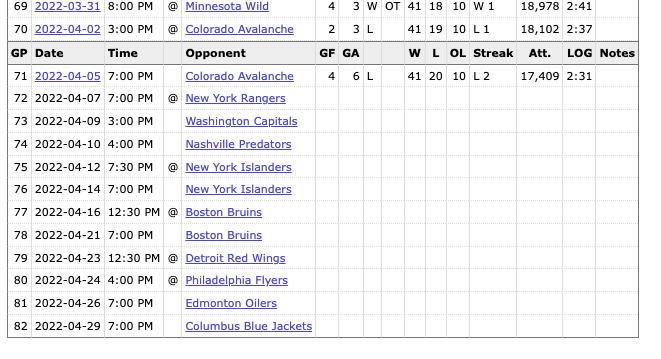 Can anyone help edit this script to only return the upcoming unplayed game and last played game? Extra points if it can be edited to remove all the unnecessary columns.

Are you using a smart home hub? If so, which one? If you’re using Hubitat, there’s an app called GameTime that might serve your purposes.