Garage Door Status Tile actionable? Or can it be?

I have a motorized gate that has a z-wave open/close switch (HE sees it as an On/Off), and a separate z-wave open/close sensor. When I add the Gate on/off to SharpTools, it offers me the ability to turn it on/off, however I would like for it to show the current status of the Gate open/close sensor, and be actionable so that when I tap it, it will either open or close the gate. Is that possible? I did a brief search, but didn’t find any likely suspects.

Thank you in advance!

So you have a separate On/Off Switch and Contact Sensor? Do you also have a virtual garage door device that brings those two devices together?

When I first had my garage connected to SmartThings, I had a separate dry-contact switch and tilt sensor and had to use a SmartApp to bring them together into a single ‘garage door’ device that could show the status and was controllable.

From a quick search of the Hubitat community, I found the following:

This is how I did it, with just the mimo lite dry contact sensor, just use the graphics and coloring. 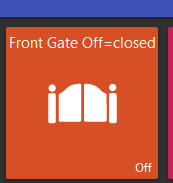 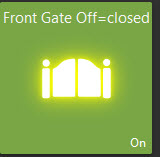 Hey Phil - that’s a cool idea! I actually tried to implement @Chris_C’s link #1 above last night (Virtual Garage Door App/Driver), but was unable to figure out what to put for the ‘virtual garage door’, and then how to activate it. I figure I need to create a virtual device (I made one called vGate, but wasn’t sure what “type” to set it to so that it would show up in the available Virtual Garage Door Device list). If you used that one, which type did you set it to in order to work, and after you pick it, how do you actually find it later? (I used “virtual garage door” as the driver, but the vGate device does not seem to activate the switch when I do that.) Below is a screen shot if that helps for context. I don’t have an acceleration sensor, so I made that optional in the Apps Code - not sure if that has affected it or not? In either case, could you please share what worked for you? 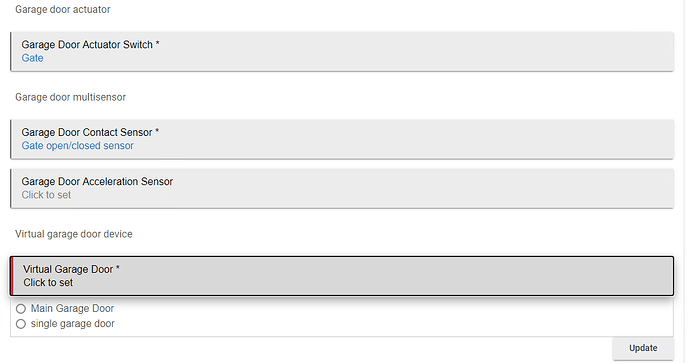 I just used the default type for mimolite

I have to say too, it’s been my most stable device ever. Then gate works perfectly.

did you use the LGKahn app, or the “Virtual Garage Door App/Driver”, or are you saying you only used the Mimolite by itself? If the latter, I already have the switches / sensors installed, and they are not that one - I have a Fibaro Smart Implant for the gate switch, and an EcoLink door/window sensor for the open/close sensor, and I want to use those - I am just looking for a driver that can combine them to show/operate status from one tile. Make sense?

Just Mimolite by itself, as detected by HE. Yes I get it, I thought about adding a contact sensor too with my gate. Really this is the simplest and keeps to the KISS method. I find that just using the color status lets everyone know if gate is open or close. Before I used just the HE panel it was harder, but now with Sharptools panel able to set color on status, it’s easy to let someone know if gate is open or closed.

Thought I would update the thread - I got this to work with LGK’s code here (linked above - thank you, @Chris_C for the pointer!) hubitat/lgkgaragedoor.groovy at master · lgkahn/hubitat · GitHub

I had to set the virtual device to the native HE driver “Virtual Garage Door Controller” for it to work, and that was the final piece for me - I had been trying other drivers, and while the “Open” and “Close” showed up, they did not actually open or close it. With this, it works great!

Glad to hear that helped!