In addition to the existing option for spin animation, also include to option to enable the glow effect same as is available for the regular switch/light tiles…

In addition to the existing option for spin animation , also include to option to enable the glow effect same as is available for the regular switch/light tiles…

Thanks for the feedback. The glow was originally intended to mimic the glow of a light bulb turning on.

What type of device is this for and on what platform? I’m trying to better understand the use case for having a spinning glowing fan.

Hubitat platform, just inquiring about it for ceiling fans. I dunno, maybe overkill. I just like the glow effect aesthetic in general. Yes, I can understand why it’s implemented for lights but I also have some smart plugs controlling floor fans and other devices that aren’t lights/bulbs and I have the glow effect enabled for them as well. Visually it’s easier to see the glow effect and immediately know something is turned on, noticing it more easily than the corner of the tile where it says “On”…

I suppose a glowing + spinning/animated ceiling fan icon would be a little over the top but I thought I’d inquire. So if no one else asks for it I wouldn’t put it into the queue for implementing. Twas just an idea!

Thanks for the clarification! We love hearing feedback, so I appreciate you posting it here!

As you noted, we tend to prioritize based on community interest, so the things that get more response from the community get moved up the list!

I mocked up a version of it and the glowing and spinning didn’t seem too overwhelming (though it is one more option to have to think about when configuring the tile). Anyway, let’s see what the community thinks - if there’s enough interest, I’m always open to considering it!

speaking of fans, SmartThings now has capability "Fan Speed" that would be good to get integrated into SharpTools so that there is more realistic speed control than the current dimmer model.

SmartThings has an official Z-wave Fan device handler which should be the new default for the GE Z-wave fans, Leviton 3-speed fans, and Honeywell Z-wave plus fan devices.

What kind of fans do you have connected in SmartThings (and what device handler are they using)?

Welcome to the community, Marc!

A single icon with rotating blades and a glow for the light would be great.

Can you help me better understand the use-case? If it’s a device with both fan and light capabilities, they commonly have child devices for just the fan and just the light… that way it’s easier to tap the tile and know what it’s going to control (the fan or the light)

Thanks Josh. I’m just referring to your standard ceiling fan with light. Can you tell me about, or point me in the right direction to learn about parent-child devices. It’s the first I’ve heard of them.

It’s not something that’s super common, but the main idea is that a single physical device might actually be multiple ‘logical’ devices.

For example, in the case of a power strip that exposes 6 individually controllable outlets, there might be a single ‘parent’ device which turns everything on/off and then 6 ‘child’ devices letting you control each outlet as their own switch.

Or in something like the Zooz ZEN30, there are two switches so at least one of them needs to be represented as a separate device and that’s commonly done as a ‘child’ device. 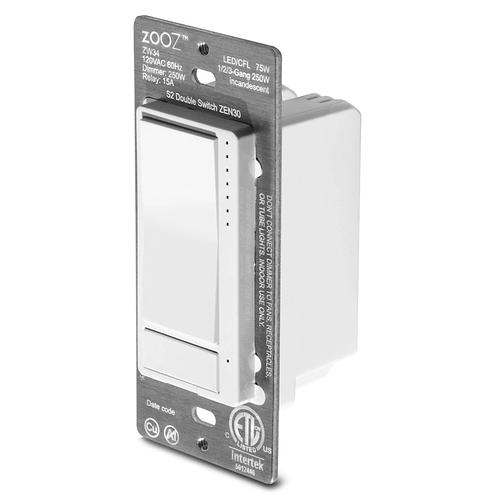 What specific device are you using for controlling your fan and light?