Explain Zigbee to me

This might, as usual, be a stupid question, but I’m having a hard time finding an exact answer.

I recently got the Aeotec hub, so wanted to try a Zigbee sensor. Start out cheap, so I got a set of Frient sensors. They seem to work great, except… I wanted to try them outside at my garage, but over there is a Zigbee Sonoff bridge. The Frients are no friends with Sonoff apparently, they won’t link up.
But now I was wondering, if you expand your Zigbee mesh by other devices, does the brand of those devices matter, or will they connect anything that’s compatible with the primary hub?

For example, if I expand the aeotec hub, with sonoff plugs and switches, would the Frient sensor suddenly pair with them? Or will they refuse the same as the Sonoff bridge?

My devices come from a potpourie of brands and I’ve not noticed a problem.

But now I was wondering, if you expand your Zigbee mesh by other devices, does the brand of those devices matter, or will they connect anything that’s compatible with the primary hub?

Technically all devices should work with each other. Zigbee is a standard that should allow that.

However, real world experience says that is not the case.

For example, the Xiaomi Aqara sensors are zigbee sensors, but don’t follow the zigbee protocol as they should and because of that they don’t work with all repeaters properly. They would drop off the network etc when they met repeaters they didn’t like. They work well with the ikea devices though.

Also try to avoid light bulbs that also act as zigbee repeaters. When power is cut to them, it causes issues with the mesh. I personally have senglend bulbs in my basement. They are zigbee but don’t repeat the signal.

I also try to stick to more known brands now (other than aqara which is very popular due to price). But lately found myself getting more zwave devices. They also have their own bag of issues too.

I wanted to try them outside at my garage, but over there is a Zigbee Sonoff bridge.

From a quick Google search, it looks like there’s aftermarket firmware that turns the Sonoff Zigbee Bridge into a ‘router’ – eg. a device which you can pair to your main network and it can repeat signals, strengthening the mesh. I have not tried this and I’m not recommending it… just thought I would share it for education purposes.

if you expand your Zigbee mesh by other devices, does the brand of those devices matter, or will they connect anything that’s compatible with the primary hub?

Back to your original question, generally the brand of the device doesn’t matter for how good it is at expanding your network. As @GavinCampbell mentioned, there are some devices out there that don’t follow specs well and can cause trouble on your network (the older Aqara devices being some of those), so you’d want to avoid those unless you’ve carefully planned for that implication.

As he alluded to, some devices extend the zigbee mesh by repeating signals and others won’t. Generally the devices that repeat the signal indicate themselves as ‘routers’, ‘repeaters’ or similar.

Mains powered devices (eg. devices plugged into constant power) are ideal repeaters. Some bulbs act like repeaters, so you’ll want to be careful with those choices. Bulbs that act as repeaters only really make sense when they are hardwired with power supplied (eg. in a lamp that has the switch removed / taped over) otherwise they can mess with your mesh when they are physically switched off. Wall switches, power plugs, and similar devices are good choices for repeaters.

I know the Sonoff doesn’t repeat the signal, I’ll try to be more specific.

Situation now, the Frients don’t pair with the Sonoff bridge, but they do with the Aeotec hub.

Or is it a, yes in theory, but you’ll see when you try?

Situation now, the Frients don’t pair with the Sonoff bridge, but they do with the Aeotec hub.
…
Or is it a, yes in theory, but you’ll see when you try?

If the device can pair directly with the Aeotec hub, then they should pair when repeated – the mesh/repeating process should be seamless (with quality repeater devices).

But instead I install some Sonoff powerplugs.
Will the Sonoff plugs, repeat an exact copy of the Aeotec hub and pair with the Frient.

From a quick search, it’s hard to tell if these make for good repeaters or not. When searching the Amazon reviews of the Sonoff Zigbee Plugs for ‘zigbee repeater’, the reviews are all over the board with some people saying they’re great, but lots of people saying they make for terrible repeaters.

A post in the Home Assistant community indicates they’re ZHA 1.2 devices, so they might not route all Zigbee 3.x devices.

So it’s a bit the, yes, but no answer

Might go for a few Aeotec plugs to be sure then.

Ps, I’m a bit confused and dissapointed with the Zigbee story.
I also noticed, when selecting Hero attribute, the Sonoff sensors connected to the Aeotec hub report their battery status. The ones connected to their own Sonoff bridge, don’t…

I use several of the sonoff s31 lite plugs as repeaters and they have worked well for me on the ST hub. 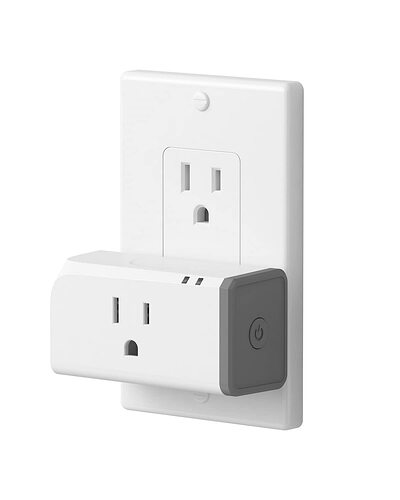 Yeah, I’m planning on getting a Zigbee plug in the near future to try this out. The EU version of course. I have several Wifi plugs from them, which I plan on moving to Zigbee over time.