Not sure if this is the right topic to report but I report anyway. I’m seeing weird behavior with opening dashboard as overlay and especially with blurring the background. If I’m right …Chrome works normally and when dashboard is opened (as overlay) it blurs everything from the background dashboard.
When doing same thing with Firefox it blurs just some of the content from the background. Upper part may be blurred but lower part of the dashboard is normal. Today as I tested it more it blurred only few tiles from the lower part (custom tile and map tile) of the dashboard and everything else was not blurred. I tested it with couple of laptops and behavior was the same.

EDIT. it seams to be combination of Firefox browser and portrait mode sharptools dashboard.

EDIT. it seams to be combination of Firefox browser and portrait mode sharptools dashboard.

Can you share some screenshots of what you’re seeing and details on Firefox + OS versions? I just tried on Firefox 107.0 and the blur extends all the way down to the last tile (including the menu button): 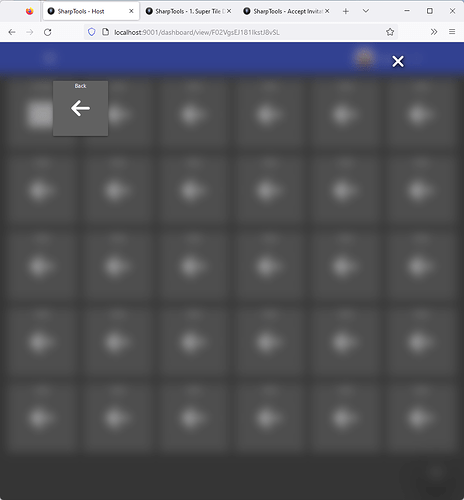 Keep in mind that Firefox only recently added support for the backdrop-filter functionality used to blur the background in 103.0 (July 26th, 2022). It wouldn’t surprise me if they’re still working through bugs with it (though I’m surprised it took them this long to implement the feature in the first place).

Just a heads up that I moved this post out of the beta thread and into its own thread since the Dashboard Overlay feature was been released to production recently.

This is how it looks when everything is ok (chrome). 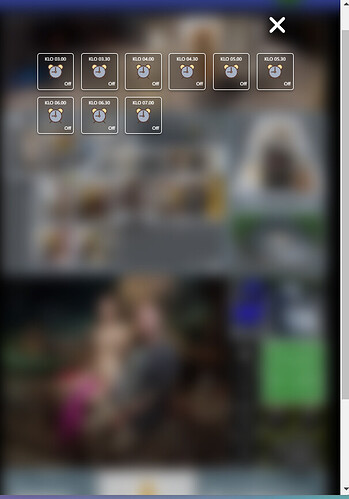 This is how it looks when using with firefox.

Don’t mind about white areas. Had to take some private stuff away but as you can see five tiles from the lower part of the dashboard are blurred. Everything else is clear. 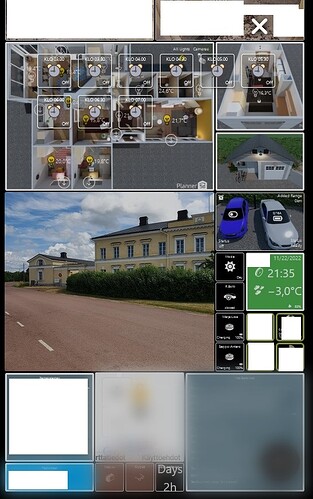 I might have missed it, but I didn’t see the versions in your reply…

and details on Firefox + OS versions?

And for some of the supertiles blurring happens when browser window changes wider. I just pulled browser window tiny bit wider and background blurred. 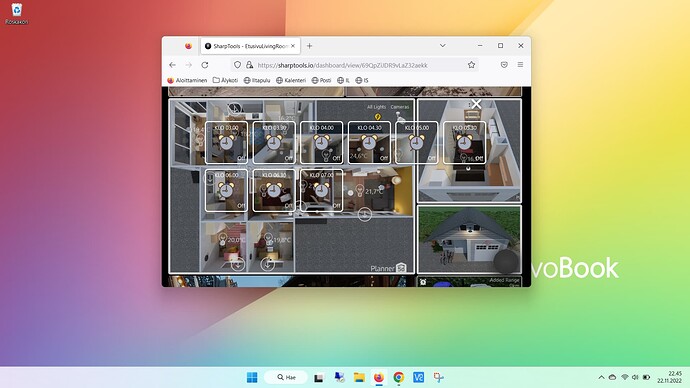 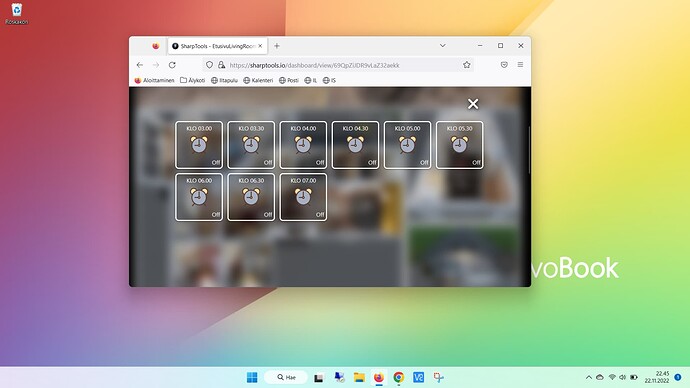 Keep in mind that Firefox only recently added support for the backdrop-filter functionality used to blur the background in 103.0 (July 26th, 2022). It wouldn’t surprise me if they’re still working through bugs with it (though I’m surprised it took them this long to implement the feature in the first place).

I suspect it’s a result of this being a relatively new feature in Firefox and they still have some bugs to work out.

In the meantime, I would suggest using a browser that properly implements the backdrop-filter functionality (like Chrome) if this feature is important to you. I’ll take a look what options we have, but I suspect there’s not much we can do about it if it’s a fundamental issue with Firefox’s implementation. For previous versions of Firefox that didn’t support this feature at all, the system detected the lack of support and had a fallback to a much less fancy version that just had a dark background color rather than using any blur. Unless Firefox properly fixes things, I suspect falling back to a primitive approach like that is the only reasonable alternative.

Yep it seems most likely to be bug in Firefox and I can live with that. Chrome is not possible because it doesn’t work like I would like it to.

Using Firefox (which has this configuration option) doesn’t work? Or using a extension for Chrome or other approach to force all links to open in a new window? This would not apply to Android/iOS tablet users… any fiddly approaches to pop up a ‘window’ would not be supported in Android/iOS devices and they fallback to effectively just opening a new tab as they do now. (This is where something like Fully Kiosk browser is so beloved on Android devices as it provides a UI for this use case.) So…

Now I’m able to open other dashboard links as modal which is kind of cool and all the other external hyperlinks opens in new window. Chrome can’t do this and I did not find extension for it. Firefox has this option and it’s working great. Thanks @josh !!