This is the second time this has happened to me. I’ve had a supertile on a dashboard and I’ve changed the underlying properties of the Supertile and then I no longer see the 3 ellipsis in edit mode. Last time I fixed it by undoing whatever I broke. This time I broke it too much. The three ? supertiles correspond to the prior versions of the Washer, Dryer and Dishwasher tiles that you can see above. 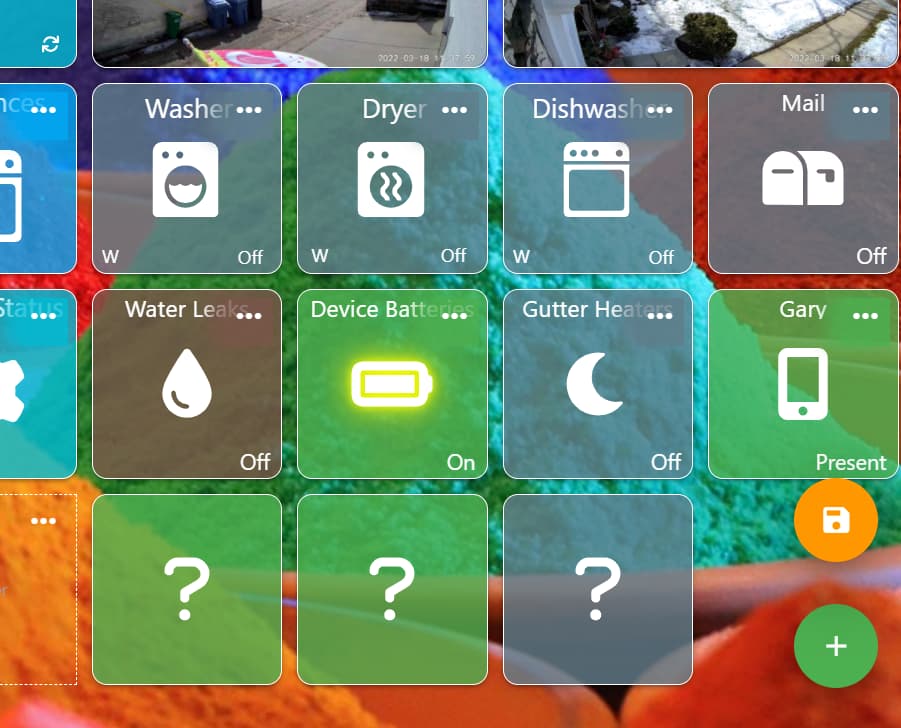 I have seen this. I got it fixed by updating hub connection/devices from SharpTools side.

@Gary_Milne, do you remember what properties were changed in those Super Tiles? Were you able to consistently reproduce it with the specific change(s)? It’s odd that those bottom ones showed the “?” but their corresponding previous ones don’t.

I’m also curious if backing out of the dashboard and reentering it, or refreshing your browser brings it back.

Similarly, can you still open the Super Tile Editor for that particular Super Tile when it happens?

No, closing out the dashboard and re-entering it does not change anything.
I can still open the supertiles.

Not precisely, but something like this.
I have a working Supertile.
I delete a referenced object or variable and it goes into this state. (the three ??? tiles)
I edit the supertile and remove\replace object or variable that no longer exists.
I re-add them to the dashboard (the washer, dryer, dishwasher tiles)

Theoretically the three ??? and the washer, dryer, dishwasher tiles all reference the same 3 base supertiles but obviously with different results.

Can you clarify the steps? I’m not able to reproduce by deleting a Variable or Thing referenced by the Super Tile.

Would it make and difference that these tiles have been copied and edited multiple times to keep the layout?

I can try and reproduce the issue in the next day or two.

Sorry, I had no luck trying to reproduce it deliberately.
This is a link to the dashboard that has the three tiles in limbo.
https://sharptools.io/dashboard/view/67lXPQ03vOYICHW8HID1

Josh, I wanted to check in on this so it is not forgotten. I now have a couple more zombie tiles. How they get into that state is one bug which I believe is the one you are more interested in. The fact they can’t be deleted when they get into that state is another bug, that frankly is more impactful as I can’t “redo” it. The latter should be much easier to troubleshoot and is likely to give you a clue as to the former.

I get this when I go into edit mode on a dashboard that contains a Zombie tile. Dashboard also contains one of the tiles that can’t have state added so may be a false lead.

Thanks. Looking into it…

No problem, I’m just going to delete it and redo it.

Just wanted to provide an update that I was able to reproduce the problem and I’ve made progress in my development environment.

The issue is related to a Thing or Variable going missing (that includes items in the Super Tile itself or the State Mappings trying to reference an item that stops existing). I added some logic to avoid these ghost items from breaking things.

Thanks for the update Josh, I appreciate it.

Hi Gary-
We’ve pushed an update that should resolve this issue. Make sure to refresh your browser after opening SharpTools.io to pull in the latest changes.

We’ve also updated the Super Tile editor so it will display ghosted items with a red indication to let you know the underlying resource is missing: 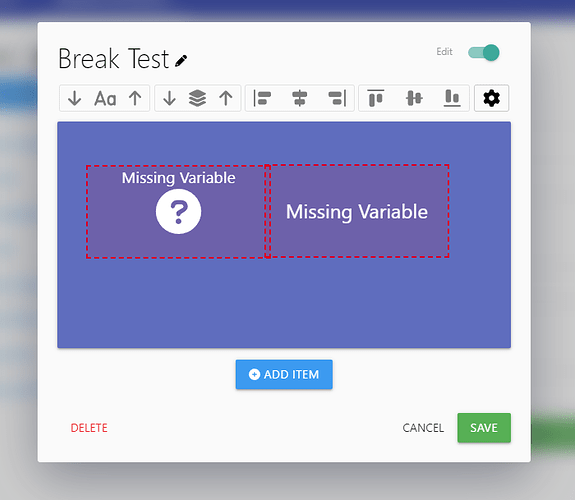 Josh, looks like an elegant solution. Thank You. While I have your attention I’d like to share a thought. Anyone who has created 20 battery tiles with thresholds wishes that there was a template.

With Supertiles you have allowed a tile to be re-homed to different things making them re-usable (like a template) once you have a layout that you like.

Could that same code approach allow regular tiles to be re-homed?