I’m switching over from ST/ActionTiles, and I’m happy with Hubitat’s native Chromecast support, which at least gives me playback and volume controls.

I’m trying to figure out how to get such a tile with Sharptools.

In ActionTiles, SmartThings was exposing the chromecast devices on my network via cast-web-api, and ActionTiles automatically saw them as music players, and the tile worked.

In Hubitat’s native Dashboards, there is native Chromecast support, and adding a tile for a Chromecast automatically creates a playback tile.

In Sharptools so far, I just get a light bulb with no options. Thouts, or am I missing something? Looking forward to changing things over! Thanks for your help!

Hey @Ricky_Turner - thanks for posting. The music player tile is automatically shown for devices that support the Music Player capability.

I just added a few of my Chromecast devices to Hubitat and it looks like they expose Audio Volume and Speech Synthesis capabilities, but do not expose Music Player

The Audio Volume capability is defined as follows:

And the Speech Synthesis capability is defined as follows:

The device does have many of the commands and attributes for the Music Player capability like play/pause, but it’s missing quite a few things like next/previous track support. I’ll reach out to the HE team and get their thoughts on if the device could be made MusicPlayer compliant or not.

Awesome, thanks for the quick response! I know that next track, on both Hubitat and in ST with Cast-Web, has always been meaningless, because, as has been explained to me, “next track” would be a function of whatever service you’re using to play music, i.e., by telling Chromecast to skip next track, Chromecast would simply be asking Spotify or Pandora or whatever to skip to the next. As such, I’m used to essentially just having play/pause and volume. --Plus track info Artist/song title on ST.

Anyway, I really appreciate you looking into it and reaching out to the HE people. I’m excited about this move, and I really hope to get everything moved over.

@Ricky_Turner just an update that I posted some feedback publicly in the Chromecast integration thread on the Hubitat Community as well: 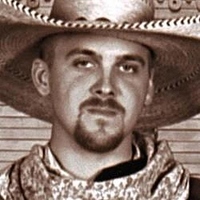 Chromecast integration, Thanks HE Team!

Adding nextTrack() and previousTrack() would also bring the driver one step closer to supporting most of the Music Player capability. As it stands now, the play() and pause() commands don't really seem to be tied to any capability - having them tied...

Wow! Above and beyond. One of the biggest factors in me moving from ST to HE was because several of the things that are “half baked” don’t seem to be being developed anymore. It’s refreshing to see that, even though every piece I want to use isn’t working perfectly, there is active participation, development, and coordination going on over on this side!