Hi
I want to buy a doorbell that work’s with ST and is fully integrated with sharptools do you have any Recommendations?
thx

I don’t think there’s any ‘official’ video doorbell integrations with SharpTools. Most people are using the Media Tiles along with a compatible camera. Unfortunately, most video doorbells don’t have MJPEG streams.

Or if you just want to know when the doorbell is pushed, you could use a contact sensor or doorbell sensor.

I have the RCA HSDB2A and it has an MJPEG stream. I use Blue Iris on a PC to manage the stream then I have SharpTools connect to Blue Iris’ HTTP stream. It’s not the most elegant solution but it works well for my needs.

why does it matter if the video doorbell have or not an MPEG stream?

Because MJPEG (not mpeg) and JPEG are natively supported in browser, so it can be displayed in the dashboard. If the camera supports rtsp, but not MJPEG, many people use TinyCam or Blue Iris to stream the video as a proxy to convert the video to MJPEG format. See the article below for details.

How do I add video / images to a SharpTools dashboard?

Unfortunately, many of the modern video doorbell cameras have moved to closed ecosystems where they don’t integrate well with other platforms. I had a Ring Doorbell at one point and while the quality was sufficient and the ability to ‘answer’ and talk to people at the door worked well, it didn’t integrate well with anything else and I couldn’t hook it into Blue Iris which had all my other security cameras connected. (I ended up giving the Ring to my dad and he really enjoys it as a standalone system).

I found a video doorbell which had RTSP (which wasn’t common at the time and still isn’t all that common) and hooked that into Blue Iris which provided an MJPEG stream for my SharpTools dashboards. It worked well for my intended purpose which was primarily just recording security footage. The app was relatively mediocre for answering a doorbell ring (eg. two-way chatting), but I didn’t really use it for that, so I was OK with it. 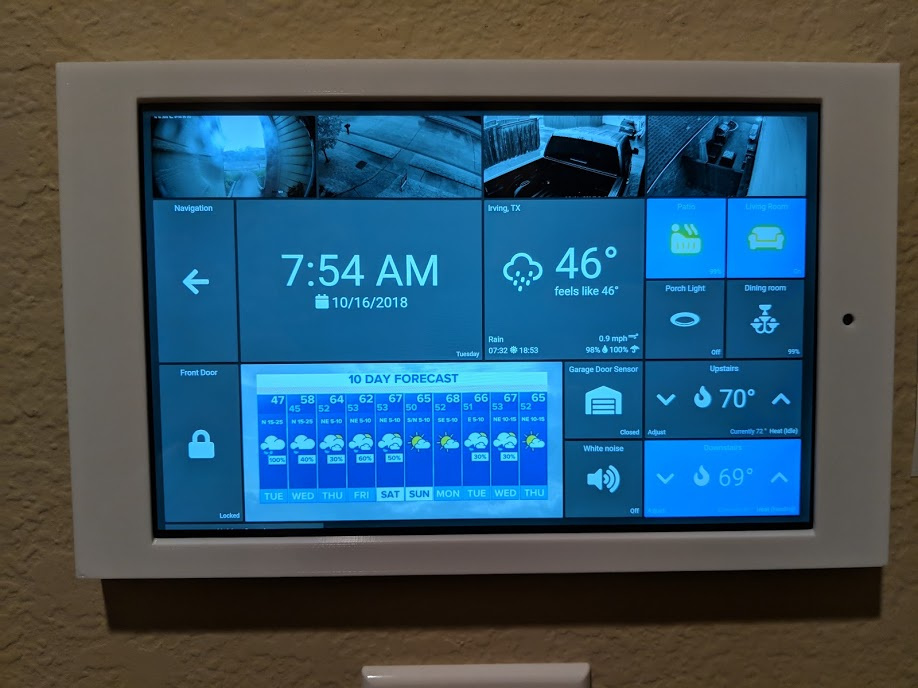 We’ve since moved to a new house and I haven’t replaced the doorbell camera yet, so I guess that’s a long way of saying there are options out there, but I don’t have anything I would personally recommend.

thank you both for the detailed answers.
at the end maybe the simplest way is to put an old cellphone next the door and use it as a doorbell
ridiculous?
or maybe to try to combine a security camera and a speaker and a button - even more ridiculous
we’re moving to a new house to soon, and i’m trying to configure in advance my system
thx guys for all your help!

Personally, I’d try to decide what’s most important to me. It’s neat to have the cameras in my dashboards, but probably not critical to me. Everyone’s use case is different though and your home and needs might be different than mine.

Sounds like the ability to chat with someone at the door is important to you, so maybe sticking with a well known brand like Ring or Nest Hello could be a good choice for you… I don’t really know what the primary reason you wanted it integrated into SmartThings and SharpTools was though.