Editing zoom level did it. Now it looks nice. I also red other topic about map layers on this community and found different maps. I just quickly checked them and there was couple layers with buildings. I have to test those later.

You are absolutely right what you said about overlap issue. Even life360 does it same way. All avatars are overlapping and usually just one shows at the time if they are is same circle. Maybe it’s just how it is supposed to be and I can live with that. 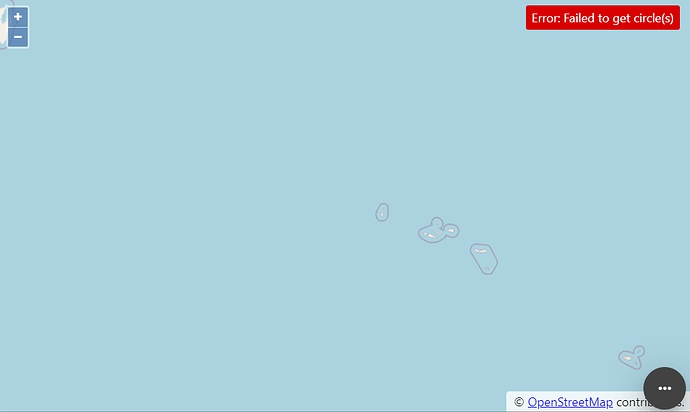 EDIT: and 1minute later everything works again…
EDIT: and 1hour later problem is there again. At the moment Life360 application shows circles normally.

From the error message, it seems it had a problem to query the Life360 circles for some reason.

Is this the first time you see this error? Is this issue still occurring?

I think there was something going on in Life360. I haven’t seen that error in last two hours so problem probably solved from the service side. I also noticed that circle loaded sometimes very slowly even in mobile app.

Filtering wasn’t working for me for a while but I found that it always gave me an error for the first email address I added. I just added my email address twice and then added the rest of the family and the problem went away.

Totally cool, but I’m getting some weird results where I show up in Nebraska when I should be in Colorado. I’ve noticed that if I change the tile size I might be in the right spot, but then I also noticed if I toggle between circle to pin my location will change too. I’m trying to isolate the cause. Anyone else run into this?

@Nicholas_Joseph, when the tile is loaded, it just uses the default geolocation (Nebraska), but should quickly center to your location based on the geolocation reported from the Live360. Do you mean it stays at Nebraska and not changed until you resize the tile or change the Pin option?

P.s. If you want to change the default geolocation, you can modify Line 48 to somewhere else.

That’s only used for the initial ‘zoom’ though, right? The map pins are only added when member position data is reported?

Initially it looked like it was staying in Nebraska…but it was just me. The rest of my family was where they were supposed to be every time, no matter what. I noticed that sometimes when I changed the size of the tile or toggled between circle and pin my location would move, but that may have just been it updating as you suggested.

I checked this morning and everyone is accurate on the map. Thanks for responding so quickly. This is an amazing group.

Initially it looked like it was staying in Nebraska…but it was just me. The rest of my family was where they were supposed to be every time, no matter what.

Interesting. I will have to test a bit if I can reproduce this when I have a chance. My guess is somehow your initial location doesn’t have the expect data/format, and used the default geolocation instead. But the following requests to Life360 have the right data/format. Though it’s weird why just one person, instead of everyone? You sure you are not just back from Nebraska?

–EDIT–
@Nicholas_Joseph, can you take a screenshot of the tile when this occurs again? (Can you reproduce it by refreshing the page?) Would like to confirm if your pin/circle actually shows up in Nebraska initially to help narrow down the root cause. Thanks.

Lol right! Ok so this makes things interesting. I set it up lastnight, I show up in nebraska and after couple minutes I’m back in CO. This morning I’m in CO…I see your message so without touching anything, not refreshing, I’m in Nebraska again, lol. 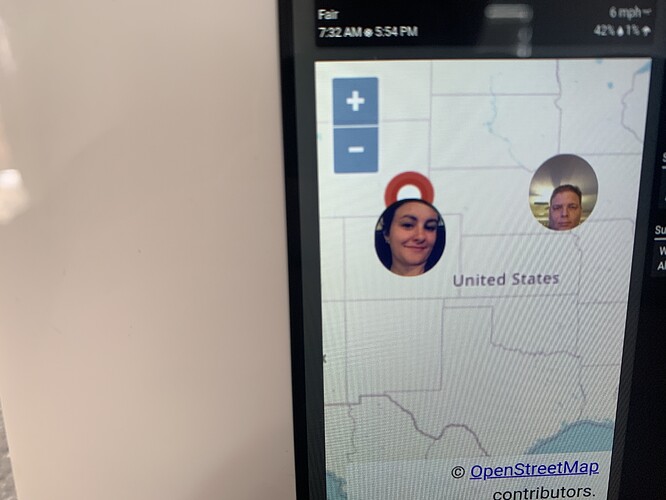 Hello everybody… I really like this project but I’m suffering a bit… for a strange reason, even though I’m in Mallorca, Spain. The map always shows me that I am in the USA. However in the life 360 app itself it does locate me correctly. Does anyone know why?

After you complete the authorization in https://smart-life-360.glitch.me/ can you click the ‘Get Circles’ link at the bottom and does it display your circles? 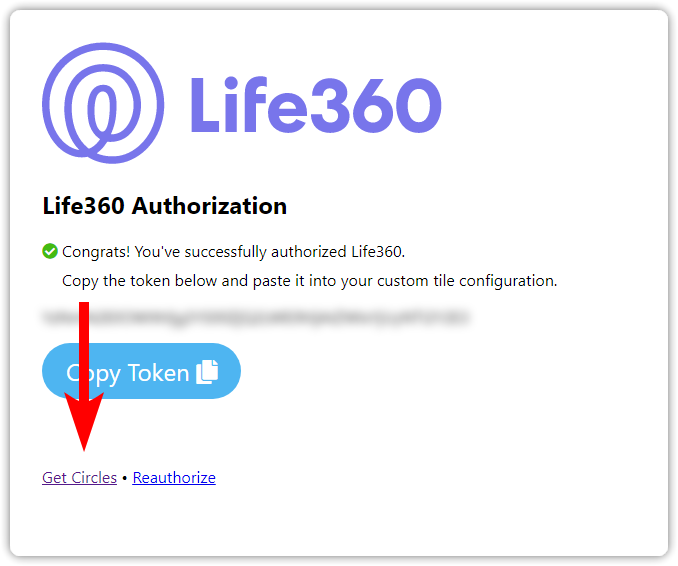 Then tap the ‘View’ link next to one of your circles: 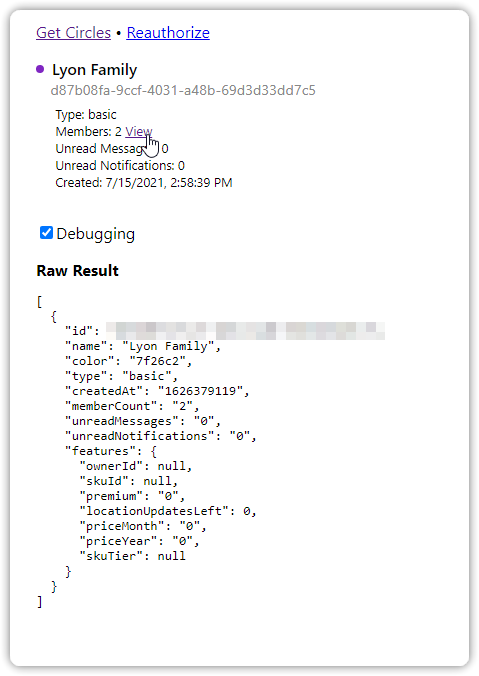 Then can you copy and paste the debugging information here under Raw Result (making sure to remove sensitive information like your phone number or email address). Or feel free to PM it to @support.

For those who didn’t see the news: 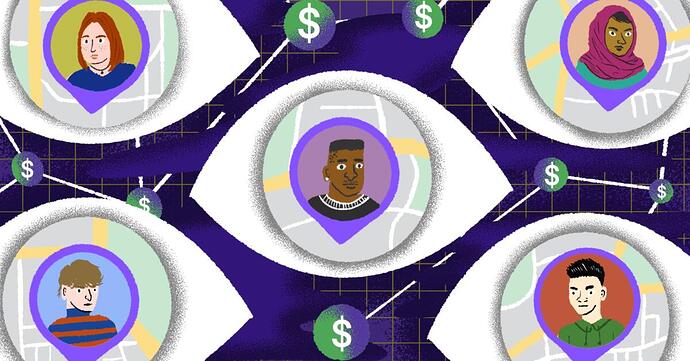 The Popular Family Safety App Life360 Is Selling Precise Location Data on Its...

The app is a major source of raw location data for a multibillion-dollar industry that buys, packages, and sells people’s movements

Yep. At least “Opt out” if not uninstalling…

Access to XMLHttpRequest at ‘https://api.life360.com/v3/circles.json’ from origin ‘https://run.sharptools.app’ has been blocked by CORS policy: Response to preflight request doesn’t pass access control check: No ‘Access-Control-Allow-Origin’ header is present on the requested resource.

Access to XMLHttpRequest at ‘https://api.life360.com/v3/circles.json’ from origin ‘https://run.sharptools.app’ has been blocked by CORS policy: Response to preflight request doesn’t pass access control check: No ‘Access-Control-Allow-Origin’ header is present on the requested resource.

It seems to be intermittently working now.

The error message is kind of misleading though. By default, modern browsers block requests that ‘cross origins’ (eg. request from domain A to domain B), so the API being called has to respond saying it’s OK for other domains to make requests.

Not sure what happened earlier, but their API consistently wasn’t returning the CORS header which is why you were seeing the error you were in the console. I’m still intermittently seeing errors so I’m not sure if it’s just a handful of their servers misconfigured or what’s going on.