I am having an issue with an energy usage rule I’ve put together.

I have a device that draws ~500w consistently when operational, but will draw less when something is wrong and needs to be taken a look at. Basically, I’d like a notification whenever the power drops below 450w, but only if it stays below 450w for 5 minutes.

Right now, I have the rule configured as such:

The problem is I get notifications about every 5 minutes, regardless of the fact that it is indeed drawing over 450w. Checking the power meter from within smartthings shows that is true as well. It seems as though when the rule is enabled, the first time it drops below 450w, it gets stuck in a loop.

Hi @Cronald, welcome to the community, I would suggest you to break this into two rules, and use the True/False variable to achieve what you wanted - only get the notification when the energy has stayed below 450W for 5 minutes.

See below for the rule examples:

FYI, you can use the “Rule Screenshot” feature to save sometime by taking the rule screenshot when posting your rule logic in the community.

Thanks a ton, James

Well, it no longer changes the isLowEnergy value between true and false respectively, as I’ve manually gone about testing it. 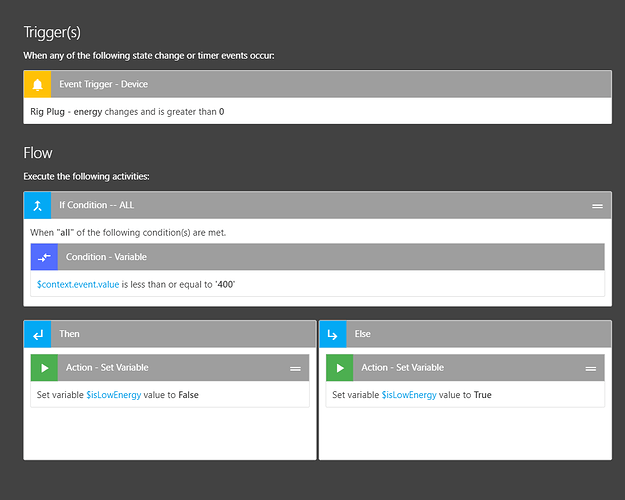 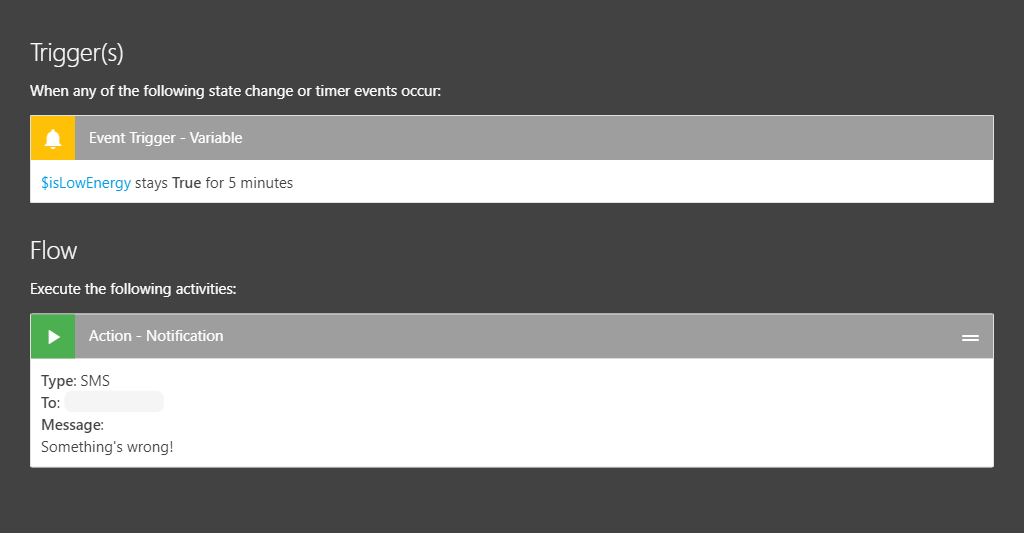 What’s your Rig Plug - energy value now? Is it possible it is reporting something less than or equal to 0?

According to Smartthings, it’s reporting 485.4w

Can you check the energy value reported in SharpTools? Go to the User Page, tap the ... next to your location, select the Rig Plug device, and check energy attribute’s value? Does the reported value is in sync with the value you saw in SmartThings’ app? (So we can narrow down if the issue was because the event not reported as expected or the trigger logic needs to be updated.) 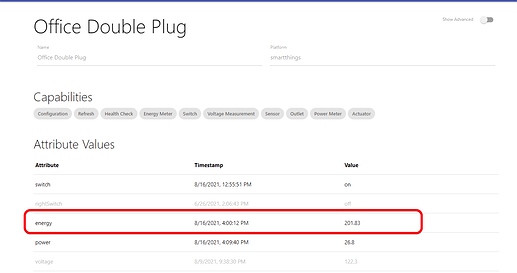 Update: the rule is working as expected after the logic is corrected. The screenshot in the post above was updated for the correct rule logic.