Is there any why that I edit a built in tile, for example below pic is showing valve tile and I want to make a space between the open and close command. 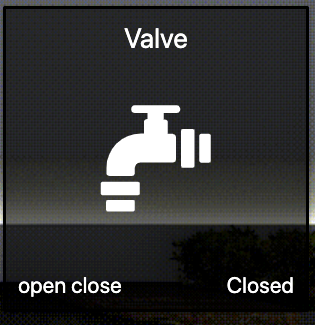 You can build a “Super Tile” and put stuff where ever you want.

its much easier to modify a built in tile if applicable. In addition, I like the original tile but needs a few modification.

Aside from Custom CSS, which likely could be used to adjust the spacing here, built in tiles can’t be modified directly. That being said, the valve tile probably needs a bit of love - most of the other tiles have been moved to a single click type of action to toggle between states so valve tiles probably should be updated to that interaction experience for consistency.

As @kampto mentioned, Super Tiles are a good fit for this kind of adjustment to layouts or custom layout.

thanks for the reply,

1\ how to click type of action to toggle between states so valve tiles probably should be updated to that interaction experience for consistency?
2\ How to use command “configure” when creating a super tile?
3\ How to make the icon in the tile changeable based on status of the valve as it requires operators like =, <, !=, == and so on?

1\ how to click type of action to toggle between states so valve tiles probably should be updated to that interaction experience for consistency?

Valves don’t have a toggle() command, but you could create a rule and run that if you need the toggle capability.

Otherwise you could add an icon or label to each side of the tile and have each item configured to send the Open or Close commands respectively.

2\ How to use command “configure” when creating a super tile?

Are you referring to a configure() command that your device exposes? The Super Tile editor exposes all the commands (without parameters) that a device reports, so your device might be reporting that it has a configure() command. Those commands are generally system-use type of commands – for example, getting the device to report its configuration back to the hub – but are generally not helpful for day-to-day interaction purposes.

You would configure it according to your needs. For SmartThings, a valve attribute generally has two states open or closed. So you might configure it like: 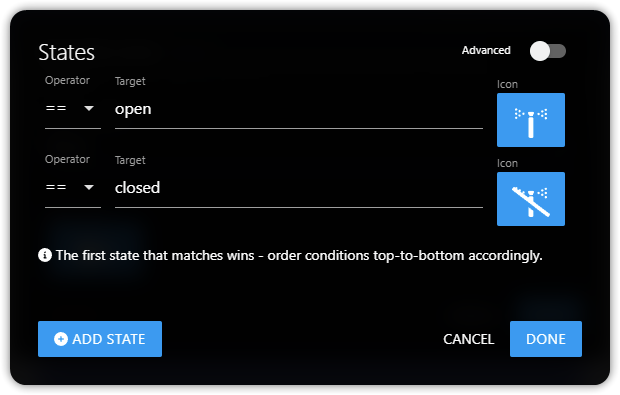